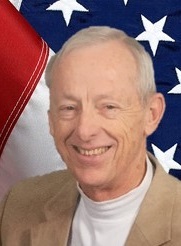 John Thomas Goorley, 76, was born August 9, 1940, in Columbus, Ohio, and passed away April 9, 2017, in Pueblo. Survived by wife, Sherrie Clardy Goorley; children, John Timothy (Keri) Goorley and Elizabeth Goorley (Fred) Hersey; brothers, Robert Goorley and Richard Goorley; sister, Alice Breard; and grandchildren, Alisa Lora Goorley and John Teagan Goorley. Preceded in death by parents, John Theodore Goorley and Ethel Coleman Goorley. John T. Goorley, II had several careers in his life. He served our country with distinction, becoming an officer in the U.S. Army and then a green beret, fought in the Vietnam War, and retired as a Colonel. He was an accomplished student, graduating from West Point Military Academy in 1963, University of Oklahoma in 1977 with a Masters of Education and from Louisiana Tech University in 1981, with a Masters in Engineering. He was also a student of Karate, becoming one of the oldest people in Pueblo to earn a black belt. He then worked as an engineer at Texas Instruments, Houston Instruments and Trane in Pueblo. He was an outdoor enthusiast, loved hiking in the mountains of Colorado and traveling the world with his wife. John was committed to helping others; donating time to the American Red Cross and to the Boy Scouts of America; he donated more than 50 gallons of blood in his lifetime to Bonfils. He deeply touched the lives of many people, especially his family and will be remembered with much fondness by many. John was a member of the U.S. Army, U.S. Army Reserves, American Red Cross (where he held many positions), Pueblo Ham Operators, Amateur Radio Club, Pueblo Choral Society, First United Methodist Church Choir and Past Boy Scout Troop Scoutmaster. Memorial service, 2 p.m. Saturday, April 29, 2017, First United Methodist, 310 W. 11th. In lieu of flowers, memorials may be made to First United Methodist Church, 310 W. 11th St., Pueblo, CO 81003, Sangre de Cristo Hospice, 1207 Pueblo Blvd Way, Pueblo, CO 81005 or The ARC, 1115 S. Prairie Ave., Pueblo, CO 81005. Online condolences, www.montgomerysteward.com