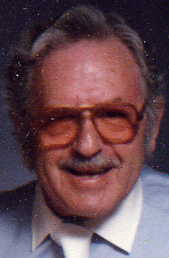 John M. MacFerren, 82, passed away July 29, 2003. He was born Feb. 23, 1921, in Pueblo. He is survived by his wife of 59 years, Margaret 'Maggie' MacFerren; daughter, Vickie; and her fiancé, William Lynott, both of Littleton; brother-in-law, Dan Anderson of Pueblo; several nieces and nephews and dear friends, Kay and Madge Becker and David Reece, all of Pueblo. He was preceded in death by his parents and five brothers and sisters. John graduated from Central High School in 1939. Shortly thereafter, he joined the U.S. Navy where he served 6 ½ years. He served on several ships in the Pacific and was discharged as a chief pharmacist's Mate in 1945. He worked at the Pueblo Army Depot for 24 years, retiring in 1969 due to disability. He was a member of Silver State Lodge No. 95 AF&AM where he served as Chaplain for 10 years. He was also a member of BPO Elks Lodge No. 90. John loved fishing and hunting and was an avid fan of the Broncos, Rockies and Nuggets. At his request, cremation and no services. In lieu of flowers or food, those who wish may make a contribution to Animal Welfare through the funeral home.