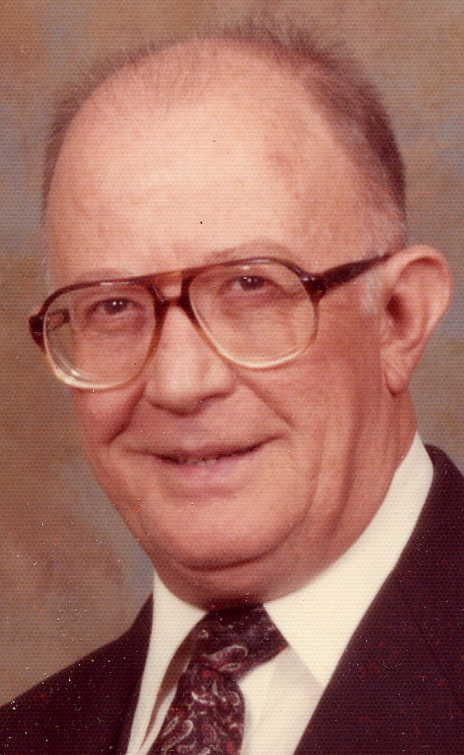 John H. 'Jack' Sinclair, 80, passed away December 30, 2002. He was born April 1, 1922 in Sturgis, South Dakota to Clyde E. and Lucy M. (Maiden name: Keffler) Sinclair, and graduated from Sturgis High School in 1940. During World War II he was a sergeant in the U. S. Army Aircorp, serving as a radio code instructor. Following the war, he became a ham radio operator (call letters WYYJ) and began his career in broadcasting. He worked at KCSJ-radio as a transmitter engineer in 1948. As the industry grew, he transferred to KCSJ-TV, which later became KOAA-TV. He worked in all aspects of the business, retiring in 1989 as Assistant General Manager and Program Director. A devoted husband and father, he enjoyed sports, playing the guitar, gardening and family research. He was an active member of the Kiwanis Club, the American Legion and several genealogical societies. Jack is survived by his wife of 49 years, Gloria Ona (Maiden name: DeBono) Sinclair, of the family home in Pueblo; his daughter, Kristi, son-in-law, Charles T. Edwards and granddaughter, Leighanna Edwards, all of Marshall, CA; sister, Therese Mariner, and brother Dale Sinclair, both of Clifton, CO; brother, Bruce Sinclair of Colorado Springs, CO; six nieces and nephews and numerous cousins. A Memorial Mass will be held on Saturday, January 4, 2003, at 10:30 A.M. at Christ the King Catholic Church, 1708 Horseshoe Drive, Pueblo. Interment will be held at the Black Hills National Cemetery in Sturgis, South Dakota. In lieu of flowers, the family suggests donations to the American Lung Association or the Southeastern Colorado Genealogical Society through the funeral home.