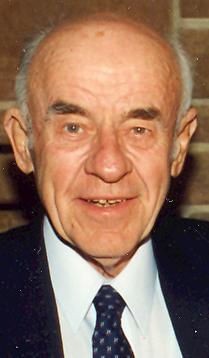 John A. Tillema, 82, of Pueblo, Colo., passed away November 27, 2006. Preceded in death by his wife, Jean Marie Tillema on June 4, 1997. Survived by his children, Kathryn R. (Ron Rankin) Tillema of Seattle, Wash. and Donald B. (Deborah) Tillema of Salt Lake City, Utah; siblings, Herbert (Sue) Tillema of Missouri and Julie (Doug) Brace of Florida. John was born to John and Catherine Tillema on July 2, 1924, in Washington, D.C. He served in the U.S. Army during WWII. He was an insurance agent and manager with State Farm Insurance for over 40 years and was honored with a lifetime achievement award from the life insurance industry. John was an avid sportsman, enjoyed hunting and was a world class fly fisherman. He was a Member of the Hunting Retriever Club Inc., Optimist Club of Pueblo, Ducks Unlimited and numerous bridge clubs, having earned the title of Life Master in duplicate bridge. John was a ski instructor for many years and received a lifetime achievement award for his expertise in ski instruction. He was also involved in many civic organizations and was proud of being instrumental in the Crimestoppers and D.A.R.E. programs. There will be no viewing. Cremation, Montgomery & Steward Crematorium. Memorial service, 10 a.m. Monday, December 4, 2006, in the Montgomery & Steward Chapel. Memorials may be made to Hunting Retriever Club Foundation, Henry's Lake Foundation or Professional Ski Instructors of America, through Montgomery & Steward Funeral Directors, 1317 N. Main St., Pueblo, Colo. 81003. Online condolences, www.montgomerysteward.com.