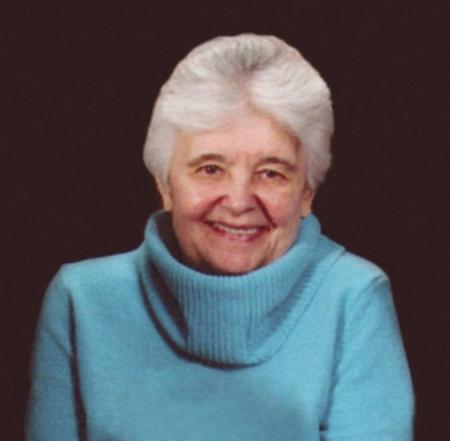 Joanne Eva 'Bushy' Tatarewicz, 76, passed away January 8, 2013, in Pueblo, Colorado. Born to Anna Dombrowski in Reading, Pennsylvania, on January 11, 1936, she was the oldest of five; one sister, Amelia 'Mickey' Franckowiak; and three brothers, James 'Jimmy', Joseph 'Junior', and Thaddeus 'Toddy' Franckowiak ('Toddy' was killed in an accident in 1976). She married Walter Anthony Tatarewicz in 1969, in Pottstown, Pennsylvania. Joanne and Walter lived in Reading, Pennsylvania, and had two children together, a daughter, Sandra 'Sandy' Lee Tatarewicz on June 12, 1957, and Michael Tatarewicz on February 6, 1962. She became a widow in May 1977, when Walter passed away due to a battle with cancer. Joanne then became a single widow with two children to support, so she went to work as a finished examiner at Talbolt's knitting mills. Joanne became a grandmother when her daughter Sandra, had her own daughter named Stephanie Joanne Tatarewicz on April 11, 1981. During this time, Joanne's son Michael 'Mike' joined the US Navy, where he was onboard the submarine USS Gato. Tragedy struck on December 15, 1982, when her only daughter Sandra Lee, was killed in a car accident by a drunk driver as she was coming home from work. Sandy's death left Joanne without a daughter, Mike without a sister, and 18 month old Stephanie without a mother. Joanne stepped in and became a mother to Stephanie instead of a grandma. She raised Stephanie and even survived a failing heart valve in 1986, when she was forced to have open heart surgery to replace the failed valve with a mechanical valve. Joanne recovered from the surgery and went on to become a full time mother and only parent in Stephanie's upbringing. She then lost her mother, Anna Gatto (Franckowiak) in 1988, also after a battle with cancer. Joanne was tough as nails, but a person can only handle so much loss before it takes a toll on them. She slowly went into a chronic depression, which she later added to her list of battles she won after getting a little treatment and some help in dealing with past losses. Joanne continued living in Reading, Pennsylvania, until she sold her home and went to stay with her son Mike, in Delran, New Jersey. After that she moved to Salt Lake City, Utah, briefly with Stephanie and her family, then her and Mike moved to Tooele, Utah. Her final move was to Pueblo, Colorado, where she resided with Mike until she passed away. Cremation, Montgomery & Steward Crematorium.