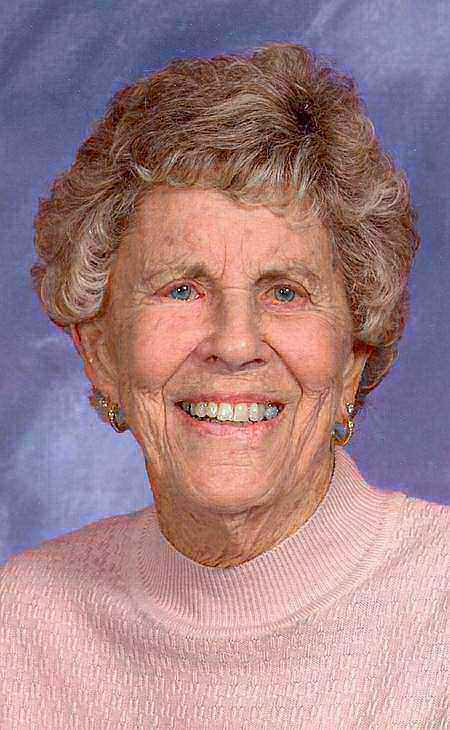 Jean Meade Quigg passed away on November 2, 2010 after a lengthy battle with multiple health problems. Preceded in death by her husband of 61 years, Richard L. Quigg; parents, Sam A. Meade and Lois Evans Meade and brother John E. Meade. Survivors include her son, Lewis M. Quigg and wife, Kathy, of Pueblo and their children, Cannon M. Quigg of Vail, CO, Kelsey A. Quigg and wife, Jennifer, of Aurora, CO and Amy A. Giuliano of Pueblo; son, J. Michael Quigg and wife, Elizabeth, of Austin, TX and his son, Cameron M. Quigg of Peterborough, Ontario, Canada; great-grandchildren, Reagan D. Quigg, Ryan A. Quigg and Katie C. Cruz; cousins Betsy and Dan Ferrell of Richardson, TX; and sister-in-law, Eloise Meade Johnson of Bonham, TX. Jean was born April 8, 1922. in Bonham, Texas. She attended North Texas State Teacher's College and the University of Texas in Austin where she was a member of Tri-Delt. Jean met her husband, Dick, in Bonham, Texas where he dazzled her with his flying skills as a flight instructor at Jones Field, and were married there on April 8, 1945. After moving to Pueblo in 1947, Jean became actively involved in the Pueblo community. Jean was a longtime member of the First Presbyterian Church serving as an Elder and Deacon. She was a member of Service League and later Sustainers. Loving children, and always a kid at heart, she was active at the Pueblo Day Nursery, Sunday School, the Children's Playhouse Series and served on the YMCA Board of Directors. Jean was a 'sports nut' who played golf, learned to play tennis with a wonderful group of tennis buddies, swam with the 'Soggy Bottom Sisters' and played bridge with many good friends. Jean loved the sun and could be found almost every Summer day holding court in her special spot at the country club pool. She loved the Broncos, college basketball (especially women's) and her beloved Texas teams. Jean was a Texas girl at heart who never forgot her roots in Bonham, Texas. She loved traveling to Texas in the Spring when Texas Bluebonnets are in bloom. Jean loved tending to her garden and planting her favorite flowers. Special thanks to her loving caregivers and medical professionals who became good friends, Sangre De Cristo Hospice and Palliative Care and Joni Fair Hospice House. There will be no viewing. Cremation, Montgomery & Steward Crematorium. Memorial service, Tuesday, November 9, 2010, 1:00 p.m. at First Presbyterian Church, 10th & Court Streets, with the Reverend Dr. Brad Munroe officiating. In lieu of flowers, Jean's life can be celebrated by contributions to Sangre De Cristo Hospice and Palliative Care, Joni Fair Hospice House or Wayside Cross Rescue Mission through Montgomery & Steward Funeral Directors, 1317 N. Main St., Pueblo, CO 81003. Online condolences, MontgomerySteward.com