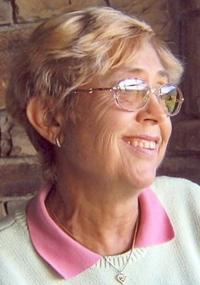 Jean Marie 'Jeannie' Kjos, 60, passed away peacefully after a short illness on November 29, 2007, at Natividad Medical Center in Salinas, California. She was born Jean Marie DeWitt in Albuquerque, New Mexico, September 18, 1947, was confirmed at Tabor Lutheran Church in Pueblo, Colorado, graduated from Pueblo Central High School, and from the University of Southern Colorado. She majored in English and taught second grade, then worked in special education. Jeannie Kjos (then Hutchens) returned to Pueblo after the death of her father, John DeWitt, in 1978, and took over the ownership and operation of Pueblo Blue Print along with her mother, Irma Jean DeWitt, until 2003. She was an accomplished photographer with hundreds of credits in auto racing publications. She loved traveling - including Russia, Afghanistan, Europe and the Mediterranean, the Caribbean, and Hawaii. She was loving daughter, companion, best friend, and wife. She was a light in every life she touched. She is survived by her mother, Irma Jean DeWitt; husband, Tom Kjos; uncles and aunts, Carl and Olga Petersen of Florence, Colo. and Pat DeWitt of LaGrange, Ill. and cousins, Cindy DeWitt of Aurora, Ill.; and Cathy DeWitt of Albuquerque, N.M. She was preceded in death by her father, John C. DeWitt; and grandparents, Bert and Mary Petersen. Service, 2 p.m. Wednesday, December 5, 2007, in the Montgomery & Steward Chapel with the Reverend Dr. Rick Calhoun officiating. Interment will follow at Imperial Memorial Gardens. The family will greet friends at Pueblo Blue Print, 2nd and Court, following the interment. Online condolences, MontgomerySteward.com