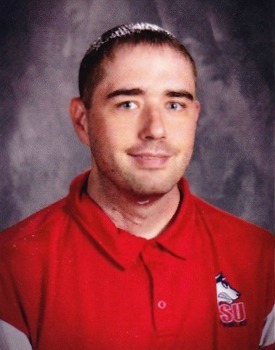 Jason A. Turner, 31, passed away Jan. 3, 2017 in Pueblo, Colorado. Survived by parents Duane and Debra (Goebel) Turner; Siblings Carl H. Turner and Sara (Matthew) Breckenridge; Grandparents, Beatrice Turner and Jane (Charles) LaMere, of Pueblo; Aunts and Uncles, Cindy (James) Kramer of Pueblo, Desiree (Karl) Krieger of Texas and Vernon (Cindy) Goebel of Texas; Niece and Nephews, Melissa, Austin and Gunner Breckenridge, all of Pueblo; As well as numerous cousins. Preceded in death by his Grandfathers Paul H. Turner Jr. and Vernon H. Goebel as well as his Uncle, Carl E. Turner. Jason was born to Debra and Duane Turner on Sept. 18, 1985, in Pueblo. Jason was an avid outdoorsman who always had a passion for the mountains and the protection and conservation of wildlife. Jason attended Colorado State University-Pueblo where he obtained a Bachelor of Science degree in Biology as well as a Master of Science degree in Environmental Toxicology. Upon graduation, Jason worked for the USDA as a SCEP-Biologist and moved on to a position at CSU-Pueblo as the Director of Environmental Health and Safety. Jason also taught high school science for a short time with School District 60. Jason was involved with the Pueblo County Sheriff's ESB dive team and volunteered at the Raptor Center in Pueblo since the age of 13. There will be no viewing. Cremation, Montgomery & Steward Crematorium. Memorial service, 2 p.m. Saturday, Jan. 28, 2017, River of Grace Church, 84 S. Masters Dr., Pueblo West. The family respectfully requests the omission of food and flowers, memorial contributions can be made in Jason's name at Minnequa Works Credit Union 1549 E Abriendo Ave, Pueblo, CO 81004. Online condolences, www.montgomerysteward.com.