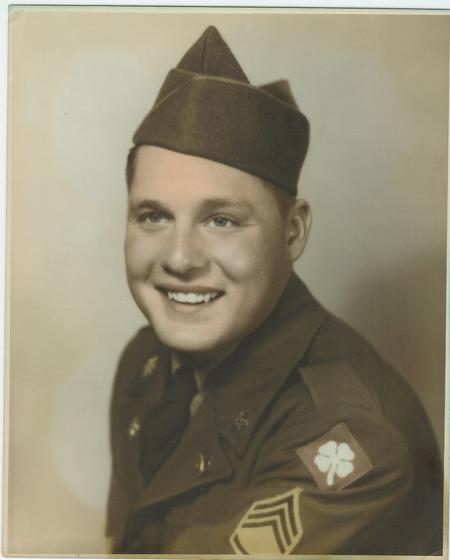 James A. Abel, 76, of Pueblo, Colo., passed away peacefully on Oct. 2, 2007, surrounded by his family. He will be reunited with his beloved wife, Kitty, who preceded him in death. Also predeceased by parents, Homer and Beatrice Abel; and brother, Homer Abel. Jim leaves to cherish his memory his children, Jim (Roanna) Abel, Carol (Randy) Dent, Annette (David) Morris; grandson, Andrew James Morris; brother and best friend, Bill (JoAnn) Abel; brother, George (Donna) Abel; sister, Barbara (Harold) Martin; numerous nieces, nephews, special friends and neighbors. Jim joined the Colorado National Guard in 1949, and was in the 193rd Tank Battalion as a Platoon Sgt. in Korea until 1952. He worked for Weicker Moving & Storage and Kelly Trucking & Crane as a crane oiler from 1956 until his retirement in 1992. He enjoyed his daily outings with his brother Bill and occasional gambling trips to Cripple Creek and New Mexico. He was a proud member of B.P.O. Elks No. 90 and Eagles Aerie No. 145. Jim always gave generously of himself to his family, friends and neighbors and will be sadly missed by all who knew and loved him. There will be no viewing. Cremation, Montgomery & Steward Crematorium. Memorial service, 11 a.m. Saturday, Oct. 6, 2007, in the Montgomery & Steward Chapel with the Reverend Dr. Rick Calhoun officiating. Online condolences, MontgomerySteward.com