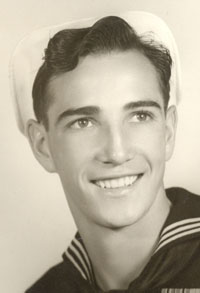 Jacob R. Kochevar, 83, went to be with the Lord on June 28, 2008. Survived by his loving wife of 53 years, Donna Kochevar; daughter, Pam (Sylvain) Hayoun; grandchildren, Scott, Jessica, David and Daniel; sister, Dottie; one brother and numerous nieces, nephews and other relatives. Jake was preceded in death by his beloved daughter, Donna Marie; parents; two brothers; and five sisters. Jacob was born to Jacob and Carolina Kochevar on Sept. 8, 1924, in Crested Butte, Colo. He served with the U. S. Navy in the South Pacific, during WWII, from 1943 to 1945, and also earned his pilot's license. He retired as a foreman from the C.F. & I. He also built and restored many homes in Pueblo. Jake was a man of strong family values, an infallible work ethic, extremely artistic and creative. He and his wife loved dancing and were world travelers; having visited over 60 countries and all seven continents. Jake was still deeply attached to his roots in Crested Butte. He was loved and respected by all who knew him. He was a member of Holy Family Catholic Parish. As per his request, there will be no viewing. Cremation, Montgomery & Steward Crematorium. Memorial Mass, 10 a.m. Thursday, July 3, 2008, at Holy Family Church, 2827 Lakeview Ave., with Msgr. Marvin Kapushion as celebrant. In lieu of flowers, memorials may be made to Queen Of All Saints Catholic Church Memorial Fund, in Crested Butte, through Montgomery & Steward Funeral Directors, 1317 N. Main St., Pueblo, Colo. 81003. Interment in Crested Butte will be at a later date. Online condolences, MontgomerySteward.com