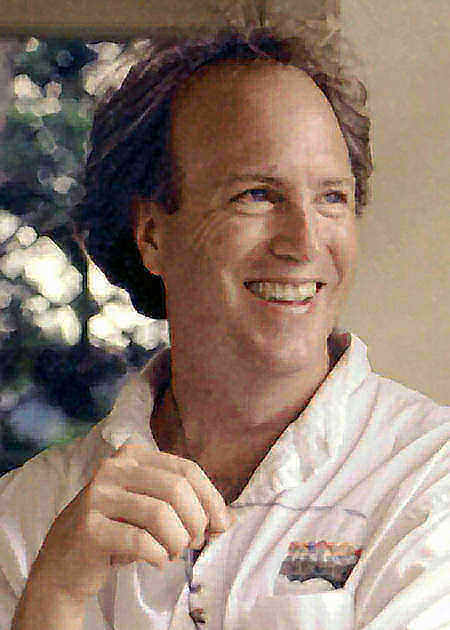 Jack E. Williams, age 54, passed away unexpectedly in Australia on October 18, 2010, while on a business trip. Preceded in death by his mother, Lucille (Seal) Casto Williams. Survived by his wife of 30 years, Cheryl, Encinitas, CA; son, Stephen, Santa Barbara, CA; and daughter, Bethany, Steubenville, OH; the families of his father, George R. & Pattee Williams, Pueblo; brothers, Raymond (Janet) and their children, Justine and Michael Williams, Westminster, CO and George E. (JoAnne) and their daughter, Amy Williams, Pueblo West; aunts, Debbie Casto, Santa Fe, NM and Barbara Booth, Pueblo and their families. Jack was born and raised in Pueblo where he participated in a variety of physical, artistic and music activities. He graduated from Pueblo Centennial in 1974 and CSU-Fort Collins with a Bachelor of Science degree in horticulture/floriculture in 1979. While in college he did internships at Sunnyside Nurseries, Gilroy, CA and Irwin Greenhouses, Amarillo, TX. He was involved with kalanchoe production at Irwin Greenhouses from 1979 until 1985 when he became employed at the Paul Ecke Ranch and moved to Encinitas, CA. As a technical specialist for Ecke Ranch and Ecke Europe, Jack visited greenhouse and trial sites throughout Asia, Africa, Australia, India, Europe and all around the America's to evaluate crops, production systems and access the need and market for not only the poinsettias that Ecke Ranch is famous for but all the annual bedding plants, geraniums, kalanchoe and other vegetative annual crops produced and sold by the Ecke companies. In addition to working with product development, production and the sales and marketing groups for new plant introductions, Williams supported these crops through technical support in the form of production documents, magazine articles, crop production books and grower seminars. Williams was a regularly featured author in the consumer press and frequent guest on various radio and television programs targeted to home gardeners and understanding the beauty and care of poinsettias. He was a member of several professional organizations and served on a number of advisory boards. Williams was noted for his involvement and influence in guiding educational programming that was interactive and directly addressed growers needs. Upon learning of Jack's demise his CSU classmate Paul Ecke III stated 'Jack had an amazing passion and creativity for his job and was literally a 'Rock Star' out in the industry.' and 'Everyone knew Jack would be the guy who could help make them successful.' Throughout his life Jack welcomed each day and what it might bring. His quick wit, ready smile, easy laugh, intelligence, loving and caring ways made him a friend of many throughout the world. Many will remember him as a mentor or for his zest for life and how he appreciated and loved the plants and world around him. His immediate and extended family and friends will always remember him for exhibiting and expressing his ever increasing love for them, his honesty, his humbleness and the fact that they and the world have been blessed by his presence which was so suddenly shortened. Celebrations of Jack's life will be held in Encinitas, CA on October 30, 2010, and in Pueblo on November 5, 2010. The Pueblo services will be held at the First Presbyterian Church at 2:00 p.m. The George Williams family respectively suggests that persons considering sending food to their home redirect their efforts and acquire a blooming plant for their home or that of a loved or lonely person. The beauty and enjoyment that plant will provide is a great way to remember Jack. Memorials may be made to Jack Williams Memorial Trust, c/o Cheryl Williams, 842 Summersong Ct., Encinitas, CA 92024. Online condolences, MontgomerySteward.com