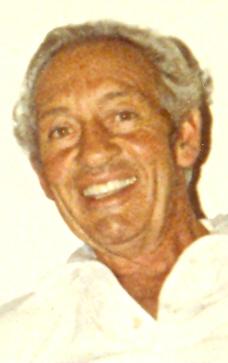 Hubert 'Hugh' Hull born April 3, 1923, to Alice (Outhier) and Joseph Hull in Goodpasture, Beulah, Colo. Died April 12, 2009, at home in Pueblo, with his family by his side. Preceded in death by his parents; and one brother, Melvin Hull. Survived by his wife, Kathryn; son, Joseph (Sheila) Hull; grandson, Jacob Hull; brother, Robert Hull; nephew, Robert (Alice) Hull; grand-nephew, Robbie Hull; and grand-nieces, Jenna and Jamie Hull. Hugh had a wonderful, full life, and did many things that most of us could only dream about. He joined the Merchant Marines during World War II, and sailed from France to Alaska to Hawaii for the next 25 years. Leaving the ships in 1969, he started working construction with his cousin in California. In 1977, when most men his age were thinking about slowing down, Hugh met and married Kathryn, two years later his only son, Joseph, was born. In 1989, the family moved back to Colorado. Never one to sit still, Hugh quickly went to work meeting new people and making new friends. Hugh was a man that never met a stranger. He loved talking to people, and if anyone ever needed a helping hand, Hugh was the first one there. During the last four years he greatly enjoyed his brother Bob's daily visits. A better brother no one could have ever had. Hugh was a wonderful father, and loving husband, and we feel very blessed to have had this time with him. This world is a better place for Hugh having lived in it, and he will be sadly missed by those of us who loved him. The family would like to thank Dr. Guy Kemling and Dr. Christopher Louie, who took such good care of Hugh during his illness. Their compassion and understanding was greatly appreciated. There will be no viewing. Funeral service, 2 p.m. Thursday, April 16, 2009, in the Montgomery & Steward Chapel with the Reverend Dr. Rick Calhoun officiating. Interment will follow at Imperial Memorial Gardens. In lieu of flowers the family requests those who wish to remember Hugh, to do so by contributing to The Pueblo Rural Fire Department through Montgomery & Steward Funeral Directors, 1317 N. Main St., Pueblo, Colo. 81003. Online condolences, www.montgomerysteward.com