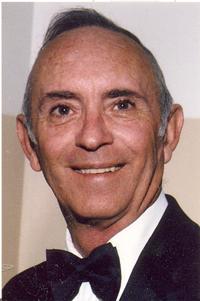 Harm C. Donehoo, Jr., U.S.A.F. Staff Sgt. Retired, 75, journeyed to the other side of the mountain peacefully at home on December 21, 2006. He was born January 10, 1931, in Siloam Springs, Arkansas. Survived by his daughters, Deborah A. (Mike) Beaty, Patricia L. (John) Wilton and Linda M. (Bill) Grasmick; youngest son, Douglas P. Donehoo; sisters, Mildred Donehoo and Gene M. (Dan) Cooney; and his former wife, Myrtle A. Donehoo. He is also survived by numerous grandchildren, great-grandchildren, nieces, nephews and cousins. He is preceded in death by his parents, Harm C. Donehoo Sr. and Mary Irene Moore, his eldest son, David A. Donehoo and an infant daughter, Sherry Lou Donehoo. Following a brief service in the Army, he served over 21 years in the Air Force. He retired as a Staff Sgt. in 1971. He traveled extensively throughout the world while in the service, including Korea, Guam, Germany, England, Okinawa and around the United States. Harm was a member of South Pueblo Lodge 31 A.F. & A.M., a 32nd Degree Mason, and was Past Worthy Patron with O.E. S. #34. He was also known as 'Kuddles the Clown.' His passions were fishing, hunting, a fresh cup of coffee and being outdoors. His greatest achievement was his military career. At his request, there will be no viewing. Cremation, Montgomery & Steward Crematorium. Memorial Service, 4 p.m. Tuesday, December 26, 2006, in the Montgomery & Steward chapel. Masonic Service by South Pueblo Lodge 31 A.F. & A. M. followed by Military Honors by Pueblo Veterans' Ritual Team. In lieu of flowers, memorials may be made to Sange de Cristo Hospice West, P.O. Box 1796, Canon City, CO 81215. A special thanks to Paula, Geri & Levonda who were blessings and pillars of strength for us all. Online condolences, www.montgomerysteward.com