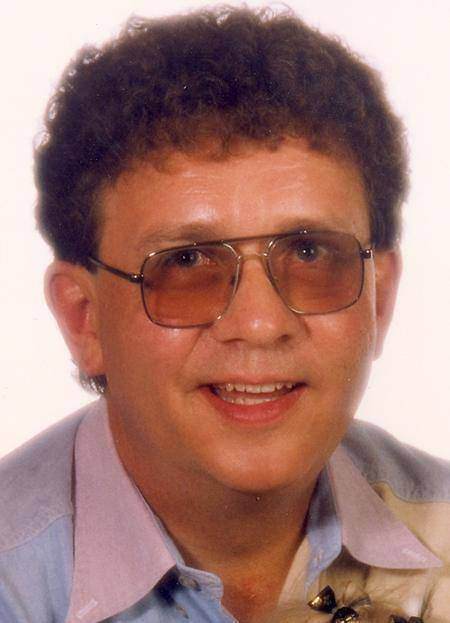 Grover L. Hopkins, 62, of Pueblo, Colo., passed away October 6, 2006. Loved by his partner of over 28 years, Andrew L. Garduno; brother, Richard L. Hopkins of Great Falls, Mont.; adopted sisters, Gail (Buck) Barnhart and Eva Marie (John Garcia) Garduno, both of Pueblo. Grover was born on August 30, 1944, in Chicago, Ill., and raised by his grandmother, Grace M. Hopkins. He graduated from Pueblo Central High School, class of 1962, won numerous trophies for debate and original oratory as well as student congress. Grover worked for Jess Hunter Ford Motor Company, starting as general errand boy. He worked for the Hunter corporations in numerous capacities including clerk typist, finance manager and finally general business manager of the entire corporate complex. He was a self-made businessman and entrepreneur. In 1966, he founded Imperial Enterprises, Inc. and purchased Valhalla Memorial Gardens, and changed the name to Imperial Memorial Gardens on April 15, 1971. He operated the cemetery for over ten years before selling it to Joe Watson. Grover continued on with Imperial for several years as general manager. He later owned his own insurance company called Casa, Inc. and was co-owner of Eagle Coin Machine. Grover was on the board of directors and past president of Pueblo Symphony Association and Family Counseling Center and the Catholic Charities of Pueblo. He devoted many volunteer hours for both. He also served as Vice President of the Colorado Association of Cemeteries. He was elected Vice Chairman of the Colorado State Cemetery Board following his three year appointment by Gov. Richard Lamm. Active with the Democratic party at the local level and served on the board of Colorado Department of Regulatory Agencies for funeral homes and cemeteries. Grover enjoyed reading English history, loved classical music-Mozart being his favorite. At his request there will be no viewing. Cremation, Montgomery Steward Crematorium. Memorial service will be held 1 p.m. Thursday, October 19, 2006, at Imperial Memorial Gardens Chapel, 5450 W. 78, with Msgr. Marvin J. Kapushion and Pastor John Garcia of Highest Praise Fellowship, officiating. In lieu of food and flowers, memorial may be made to Sangre de Cristo Hospice through Montgomery & Steward Funeral Directors, 1317 N, Main Street, Pueblo, Colo. 81003. Online condolences www.montgomerysteward.com **********************************