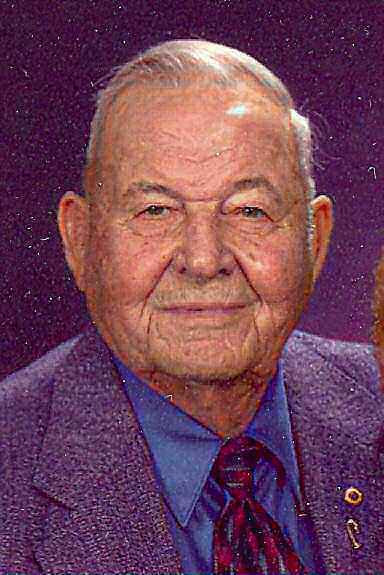 Glenn Leslie Weidner entered his eternal rest on May 17, 2009, at Pueblo, Colo. He was born August 8, 1927, to Lloyd and Eva Weidner in Medicine Lodge, Kans. His parents and brother, Russel, preceded him in death. After graduation, he served in the US Navy for one year. He married his high school sweetheart, Hylon Hart, on Sept. 29, 1946. Glenn operated Rocky Mountain Heating and Cooling in Colorado City. He enjoyed living in the mountains where he could fish, hunt, and camp with family and friends. Glenn was a Christian man, devoting his time, talents, and resources to his church, family, and community. He helped build Valley Community Church, where he was a member for 32 years. He belonged to Colorado City/Rye Lions Club and was presented with the Melvin Jones Fellowship Award. He will be missed by his wife of 62 years, Hylon; and children, Linda (Cal) Regier, Steve (Marilyn) Weidner and Roger (Kathy) Weidner; grandchildren, Sheri (Erick) Spears, Mark Regier, David and Stephanie Weidner, Michelle and Chris Weidner, and Adam Kercheval; four great-grandchildren; extended family; and many friends. Viewing from noon until service time. Funeral service, 1 p.m. Friday, May 22, 2009, at Valley Community Church, 4253 Mercantile St., in Colorado City, with Pastor Clyde Jones and the Reverend Dan Carlson officiating. Interment will follow at 3:30 p.m. at Mountain View Cemetery, in Pueblo. In lieu of flowers, memorials may be made to Valley Community Church or Joni Fair Hospice House, through Montgomery & Steward Funeral Directors, 1317 N. Main St., Pueblo, Colo. 81003. Online condolences, www.montgomerysteward.com