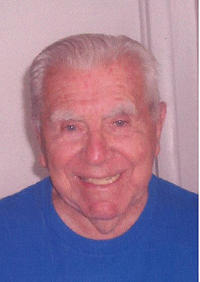 George J. O'Connor, 96, passed away at home on July 31, 2011. George was born on July 22, 1915, in Brooklyn, New York, the son of George M. and Emma O'Connor. He graduated from Alexander Hamilton High School in Brooklyn in 1933. After high school he studied stenography at Pace Institute in Manhattan. In 1937, he became an agent of the Bureau of Narcotics in the United States Treasury Department. Prior to World War II he worked for the bureau in Chicago and New York. In 1943, he volunteered for military duty and was commissioned as a lieutenant in the United States Naval Reserve. He spent three years on sea duty in the South Pacific serving as the executive officer of the PC 1242 and also as the executive officer and later captain of the PCE 847. Following the war, George returned to his duties with the Treasury Department. In 1950, he married Arlene M. Sheehan of Brockton, Massachusetts. They settled in the Bay Ridge neighborhood of Brooklyn. In 1964, George was made District Supervisor of the regional office of the Bureau of Narcotics in Kansas City, Missouri. In 1975, George retired from the Drug Enforcement Administration of the United States Justice Department. George spent most of his retirement years residing in Palm Harbor, Florida, along with his wife Arlene, until her death in 2001. In 2008, George moved to Pueblo, where he made many friends and enjoyed his final years at the Villa Pueblo. The family wishes to thank his 'angels' from Visiting Angels and the staff of Parkview Medical Center for all their care. He is survived by his daughter and son-in-law, Joan and Kevin Barickman of Pueblo; his son, John G. O'Connor of Shawnee, Kansas; his grandchildren, Connor Barickman of Tucson, Arizona, John B. O'Connor of Ukiah, California and Caitlin O'Connor of Shawnee, Kansas; and brother, Christian C. O'Connor of Fairlawn, New Jersey; two nephews; and a niece. Memorial service, 4 p.m. Friday, Aug. 12, 2011, in the Montgomery & Steward Chapel with the Rev. Dr. Rick Calhoun officiating. Online condolences, MontgomerySteward.com