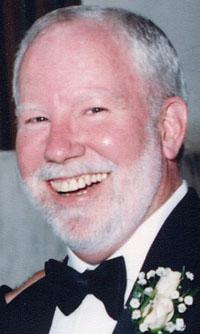 Gene Edward Muller, 59, passed away in Pueblo West, Colorado, on June 23, 2004, after a lengthy battle with cancer. Gene was born on March 19, 1945, in The Bronx, New York, to Eugene and Grace Muller. He was preceded in death by both. Dr. Muller is survived by his wife, Rhonda; his son and daughter-in-law, Sean and Tara Muller; and grandson, Mason Avery. Other survivors include his in-laws, Glen and Jean Stewart of Dallas, sisters-in-law, Kathy Blackwood and Karen Shelton; and brothers-in-law, Randy Stewart and William Stewart; as well as numerous cousins in New York. Gene attended Cardinal Hayes High School in The Bronx. Gene was drafted by the U.S. Army and served in the 173rd Airborne in Vietnam where he was exposed to Agent Orange which caused his cancer. Following his service in the Army, he attended C.W. Post College where he received his Bachelors and Masters degree in Psychology. Dr. Muller went on to earn a Doctorate in Psychology from the University of Texas in Austin. Dr. Muller was employed for six years by the Corpus Christi Independent School District as Director of Developmental Services. Following his tenure with CCISD, Gene opened a private practice in psychology. After fourteen years in practice, he and his wife relocated to Pueblo, Colorado, where he was Mental Health Coordinator for the Youthful Offenders System. Dr. Muller was also adjunct professor of psychology at Del Mar College, Corpus Christi State University, and Colorado State University - Pueblo. Gene loved skiing and taught at Monarch Ski Area for five years where he was a level two ski instructor. He also enjoyed scuba diving, and riding his Harley. Gene was a wine enthusiast who enjoyed many trips with family and friends to the wine country. Gene was a founding member of the 340 club in Corpus Christi, Texas. He is survived by other 340 club members including: Mike Morris, Alan Fisher, Fred Dreiling, and Peter Avots who will be honorary pall bearers. Graveside services with full military honors were held at DFW National Cemetery in Dallas, Texas. A memorial service will be held 2:30 p.m. Thursday, July 1, 2004, at Calvary Chapel, 412 S. McCulloch Blvd. in Pueblo West. Special thanks to Sangre de Cristo Hospice & Palliative Care for the care and support provided to Gene and Rhonda during this time. The family respectfully requests donations in lieu of flowers to: Sangre de Cristo Hospice & Palliative Care, 1207 Pueblo Boulevard Way, Pueblo, Colorado 81005 Online condolences, www.montgomerysteward.com