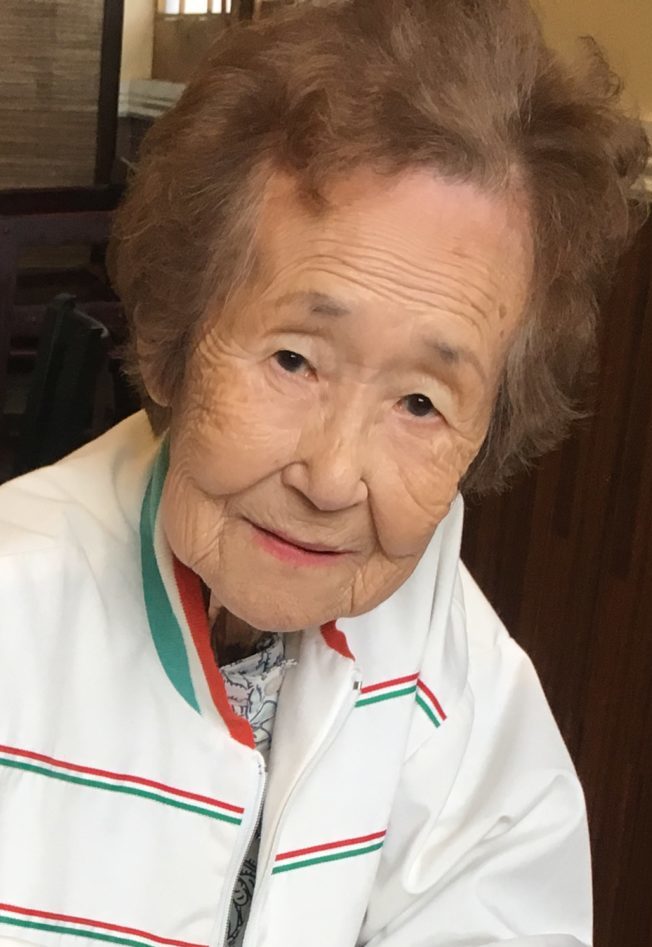 Fumiko Hirata Horstman, 94, was born June 22, 1926, at Hiroshima City, Japan to parents Yasuichi and Kimyo Hirata. She passed away March 25, 2021, after a fall and brief hospitalization. As a child she was a tomboy who enjoyed volleyball and kendo, unusual for a Japanese girl at the time. She graduated high school and vacationed to visit relatives at an island community, prior to starting work in a defense plant. A telegram arrived while she was there indicating “Hiroshima in ashes – family all alive,” a result of the World War II atomic bomb attack August 6, 1945. Despite the miracle of her family surviving, they lost their home and everything they owned.  She attended Business School and later became employed by the U. S. Navy at Yokosuka Base, where she met William Horstman at work. They married during 1958 and she came to America 5 months later. The couple lived in Hawaii, Taiwan and California. They produced a daughter, Connie, and a son, Gene. They moved to Escondido, CA when Bill retired from the Navy where she assisted in his electronics business.  Fumiko taught Ikebana, the Japanese art of flower arrangement at the Japanese Culture Center. It is one of the three classical Japanese arts of refinement. She was also an excellent cook and enjoyed cooking at Konishi Golf School for Japanese students. She played piano and was also skilled at gardening, clothing design, sewing, knitting and crochet. Her knitted booties were a treasured gift received by family and close friends. Fumiko was very spirited, witty, smart and talented. Most of all she loved her family, and was most grateful for being raised in a “lovely, nice family.” She graciously blended her Japanese heritage with her love for her new life and world in the United States.  She moved to Pueblo to be involved in the life of her grandson, Ari Horstman, when he was a young child and that of her son, Gene – 2 lights of her life who gave her much joy. She was a wonderful mother and Nana. Ari recalls loving his Nana’s cooking, and fondly remembers her taking him to the park to feed the ducks when he was less than 2 years old. Mrs. Horstman was preceded in death by her husband and daughter, Connie Horstman. She is survived by her son, grandson and daughter, Michie Nakno, in Japan.

A funeral service will be held at 10:00 a.m., Wednesday, April 7 at Montgomery & Steward Chapel, 1317 N. Main Street, Pueblo, with Rev. Rick Calhoun officiating. Entombment, Mountain View Cemetery Chapel Mausoleum.  Online condolences may be made at www.MontgomerySteward.com. Those unable to attend may access the service via livestream at the same website during the service or at a later time.