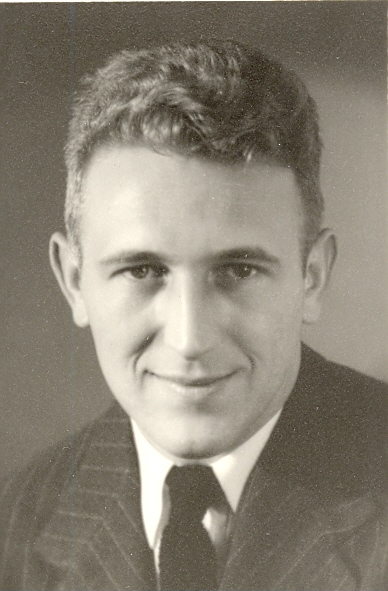 Frederick 'Fritz' Joseph Hebein, 90, passed away Friday, March 30, 2012, due to a ruptured abdominal aortic artery aneurism. Fred was born to the union of Mary Theresa (Blatnik) Hebein and Frank Gabriel Hebein on December 5, 1921, in Pueblo. Fred graduated from Pueblo Centennial High School in 1940 and moved to southern California to work in the aircraft industry. He enlisted in the United States Marine Corps in 1942 and served his country in the Marines and Naval Flight School after which he was honorably discharged in 1946. Fred met the love of his life in San Diego, Calif. on a blind date and married her, June Ann Stewart, in Hollywood, Calif., on February 12, 1945. Returning to Pueblo, Fred worked for CF&I Steel and attended Pueblo Junior College where he pursued accounting. He retired from CF&I in 1983 as Manager of Price Approval and enjoyed his leisure time with activities at the Elks as a life time member, camping, hunting and fishing with his wife, June. Fred and June enjoyed 67 years of blissful marriage. Fred is survived by his wife, June; two sons, Dr. Frederick and Cindy of Yorba Linda, Calif and Sherman and Donna of Montrose, Colo. Fred and June are grandparents to six grandchildren, Christopher, Melissa and Jennifer of Yorba Linda and Kelli (Jarom Huff), Sean (Nicol) and Zachary of Colorado; and two great-grandchildren, Anika and Dallin Huff of Fort Collins, Colo. Fred was preceded in death by his parents and by his siblings, Harry Hebein, Frank Hebein and Christle Brannon. Cremation has taken place according to his wishes and there will be no memorial service. Online condolences can be placed at www.montgomerysteward.com. The family wishes to express their appreciation and gratitude to Dr. Harry R. Keefe, M.D., and the staff of Parkview Hospital for their sincere, diligent and knowledgeable care.