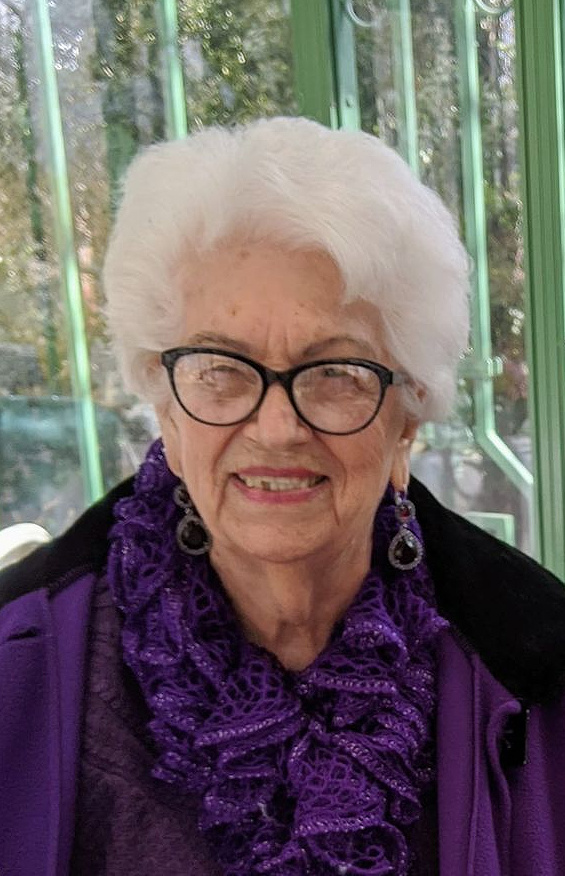 Frances Baity, 98, was born in Pueblo on April 28th, 1923 to Frank and Pasquala Soldano. She was the youngest of eight. Fran graduated as the Salutatorian of her class when she graduated from Pleasant View High School in 1941. After graduation she joined two of her older sisters in Los Angeles and worked as a seamstress in the war effort. In L.A. she met the love of her life: a tall, handsome soldier named Frank. Frank and Fran were married on April 12th, 1942 in Parsons Kan. Frank served in the United States Air Force and Fran served as well as she moved their growing family to bases in England, Germany, Las Vegas, New Mexico and Denver. Fran loved being a military wife. She and Frank were able to travel extensively in Europe and she had a spirit of adventure and positivity that allowed her to make friends wherever they went. In 1965, Frank retired and Fran and Frank purchased the Soldano homestead including the house Fran was born in. Here they put down deep roots. Fran was a quintessential homemaker, a fabulous cook and a grand champion quilt maker. She quickly became friends with her neighbors and became a pillar in the First Baptist Church where she taught Sunday school and served in a variety of roles for almost 40 years. Fran had a deep love for her husband, her family, her friends and for God. Her faith has inspired many to walk more closely with God. At Fran’s 95th birthday party, there were over 100 guests who came to honor her. Age never kept her from making new friends. Fran became a member of the First Church of the Nazarene in 2016 and quickly built many new friendships. She was known for her faith, love and gracious spirit. Fran is survived by her children: Robert (Phyllis) Baity, Norman (Kathy) Baity, Steve (La Dawn) Baity, Doug (Suzanne) Baity; Grandchildren: Matt (Kari) Baity, Laura (Chris) Miller, Lisa (Daniel) Pitman, David (Mandi) Overholser, Lauren (Phil) Salvador and Laine Williams; and Great-GrandChildren: Jonas and Lucy Overholser, Jordan Williams, Jack and Noah Baity, Charlotte Salvador and Lila Miller as well as many nieces, nephews and cousins. She was preceded in death by her husband, Frank Baity; her daughter, Linda Overholser; son-in-law, Steve Overholser; her parents; and her siblings. A Memorial Service will be held Monday, June 14th, 2021, at 10 a.m. at the First Church of the Nazarene, 84 Stanford Ave., Pueblo, Colo. Interment will be July 1st at Fort Logan Cemetery in Denver, Colo. Online condolences, www.MontgomerySteward.com