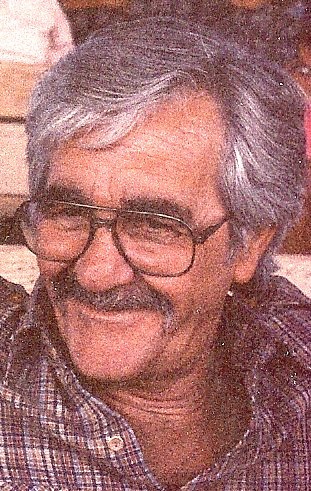 Everett S. Ricks, 79, passed away April 18, 2016. He loved his family deeply and is survived by his wife of almost 54 years, Pat Ricks. He also leaves behind his five (5) children, Sally, Cindy, Jerri, Sammi and his son, John; loving sister, Lou; and brother, Jake; and numerous nieces and nephews who he loved dearly. Also survived by grandchildren, Amanda, Maggie, Tyerail, Athena, Jonathon, Jeramy, Christian, Julian; adopted by love, Sarah; as well as three (3) grandchildren (two great grandchildren) he sadly never knew. His great-grandchildren Khya, Zaya, Ethan, Emma, Michael, Ciana, Jeramy, Molly, Blake, Isabella, Stormy, Chloe, Gracie Ray, Gretchen; and adopted by love, Jacob. Preceded in death by his parents, Sam and Florence Edna Ricks; and 14 siblings. Everett was born June 23, 2016, in Chelsea, OK. Always a hard worker who prided himself through providing for his family and friends, Everett lived in many different places with several careers. After serving in the United States Air Force, he was employed at CF&I while he worked his way through college and obtained his associate's degree. From there his career took him to Pacific Pumps repairing oil pumps, heavy equipment operator, bookkeeper, supervisor of grounds and vehicles at the Colorado State Hospital. After finding himself the owner and operator of a Pizza and Bar in Canon City, Colo., he was a Building Inspector for Fremont County and a member of the Canon City Police Reserve. He was a successful realtor, coal miner, manager at Heinz Mueller Fan Company moving the company from Chicago to Fremont County. As the owner and operator of an appliance and sales shop back in Canon City, Colo. where he raised his children eventually moving his business to Pueblo, Colo., where he enjoyed his retirement taking care of his son, John, who was injured in an accident in 1983. There will be no viewing. Cremation, Montgomery & Steward Crematorium. Celebration of Life on Friday, April 22, 2016, at the Clarion Inn, in Pueblo, Colo., at 3 p.m. Memorials may be sent to: Montgomery & Steward Funeral Directors, 1317 N. Main, Pueblo, CO 81003