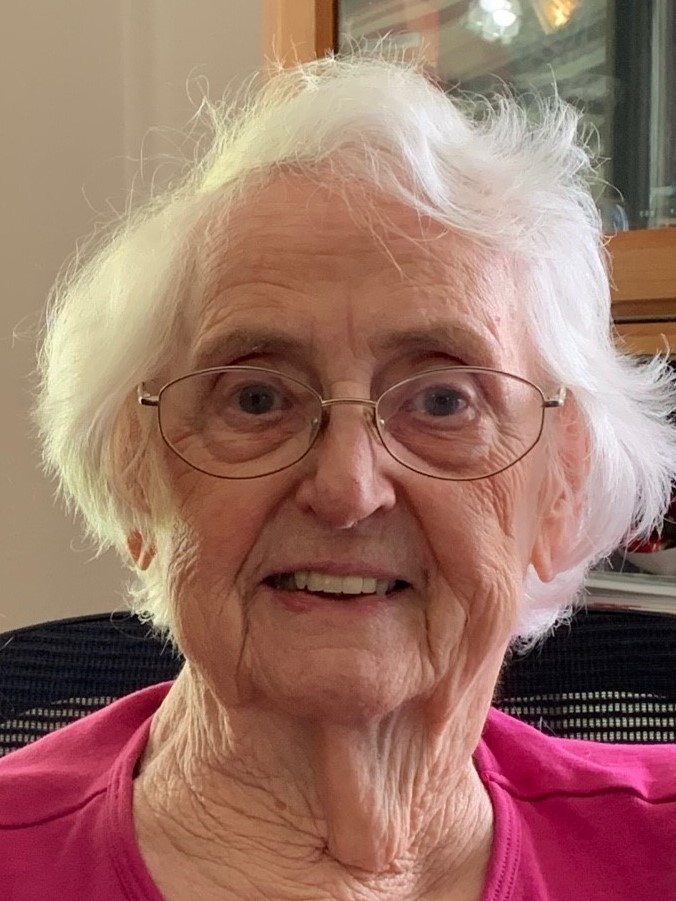 Evelyn “Evie” J. Fitzsimmons, 91, passed away July 9, 2021. Survived by son, Clay (Donna) Fitzsimmons; daughters, Carol (Gary) McDonald and Thais (David) Magill; seven grandchildren; four great-grandchildren; sister, Carol McCabe; and many dear friends. Preceded in death by her husband, Fred A. Fitzsimmons. Evie was born to George H. K. Nicol and Eva S. Nicol on August 3, 1929, in Merrimack, Mass., the oldest of four children. She graduated from Framingham State Teachers College and taught high school for three years before packing a bag, buying a car, and moving to Colorado to accept a job as a County Home Economics Agent in Cortez. It was there that she met Fred. They were married in 1957. They stayed in Colorado, but moved from Cortez, to Lamar, to Julesburg, to Fort Collins, and finally, to Pueblo where they stayed. During this time Evie wrote for local newspapers and established her career as a Social Worker, first in Fort Collins and then in Pueblo. After her retirement, she greatly enjoyed volunteer work with the United Methodist Church, the 211 Board, the Sangre de Cristo Arts Center and the Pueblo Chamber of Commerce. She and Fred also traveled to Alaska, Australia, Europe and all around the United States and Canada. Her greatest enjoyment came from visiting with friends and family. A gathering to honor and remember Evie will be held 2:00 pm on Saturday, July 31, 2021, in the Fireside Room at Vineland United Methodist Church. In lieu of flowers, the family requests donations may be made to Sangre de Cristo Community Care, 1920 Valley Dr., Pueblo, CO 81008 or www.sangre.org/donate-now2. Online condolences, www.MontgomerySteward.com