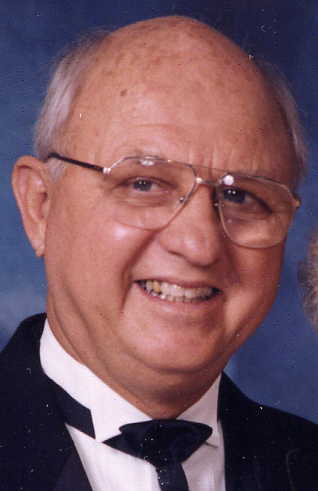 Eugene A. 'Gene' Gornick, 69, passed away February 21, 2003. Survived by his wife, Sandra 'Sandy' Gornick; children, Kenneth (Susan) Gornick of Pueblo, Stephen (Lynn) Gornick of Santa Rosa, California, Scott (Pamela) Gornick of Pueblo and Kristin (Michael) Novak of Lakewood, Colo.; brother, John A. 'Jack' Gornick, Jr. of Pueblo; grandchildren, Sage Gornick and Paul Gornick; numerous aunts, uncles, nieces, nephews and cousins. Gene was born on September 2, 1933, in Pueblo. He graduated from Santa Clara University in California and served in U.S. Army. After returning to Pueblo in 1956, he began working in the family business, Gornick Furniture, and remained active with the store until his death. Member of Our Lady of the Meadows Church, Rotary No. 43, and previously served on the St. Mary-Corwin Hospital Board. Gene enjoyed golf, travel and restoring Studebakers. He will lie in state at the funeral home on Monday from 9 a.m. until 5 p.m. Rosary will be held at 7 p.m. Monday and Funeral Mass at 2 p.m. Tuesday. Both services will be held at Our Lady of the Meadows Church, 23 Starling Dr., with the Reverend Father Roger Dorcy as celebrant. Entombment will follow at Roselawn Cemetery. In lieu of food and flowers, those who desire may make memorials to the Kidney Foundation, c/o the funeral home.