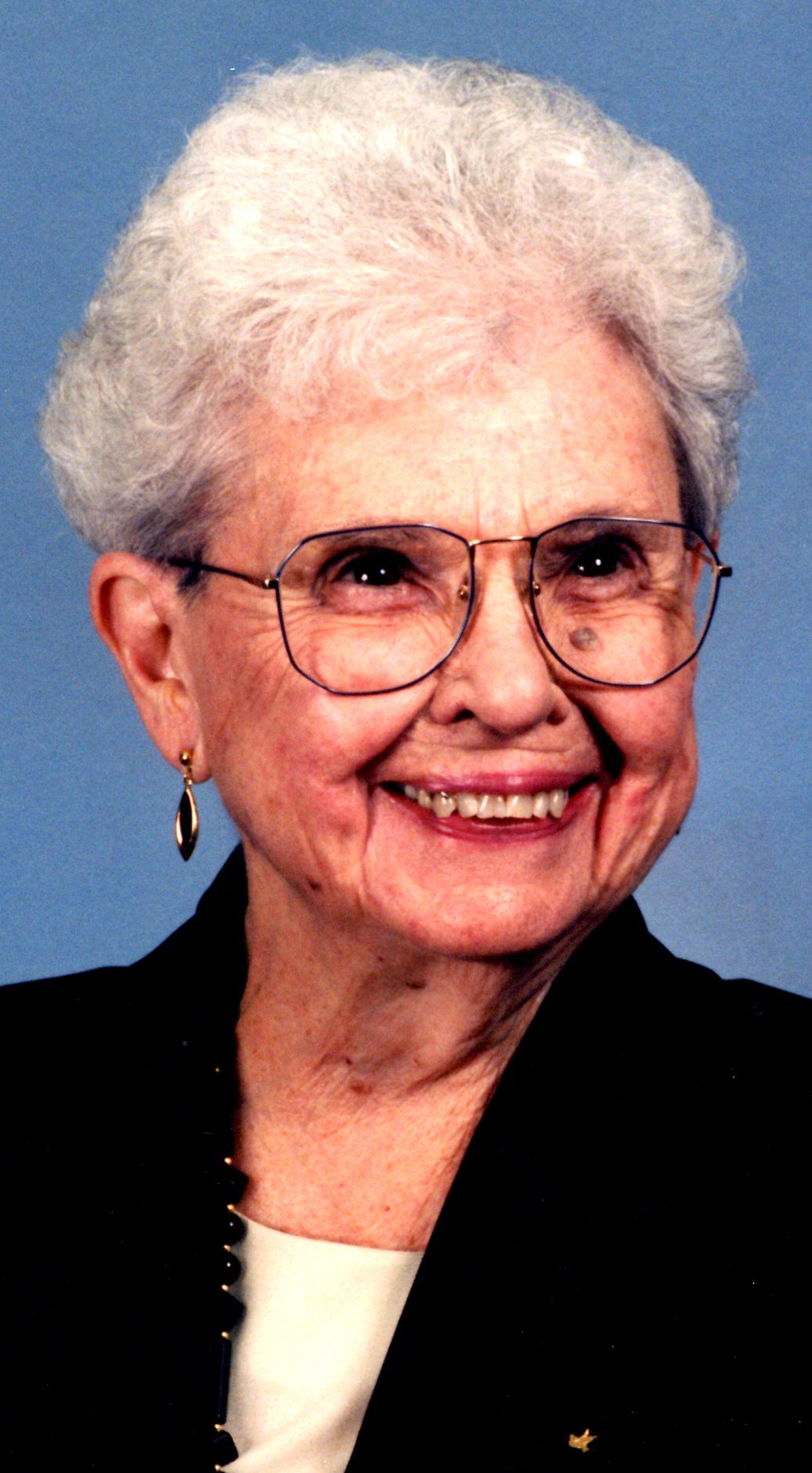 Esther Pauline Young, 103, passed away on Sunday, Nov. 6, 2016. She was the matriarch of a large and loving family. Survived by children, Beverly (James) Stenson, Robert (Sharon) Young and Ellen (Robert) Eberhart; daughter-in-law, Rosaleen Young; grandchildren, Mark Donnelly, Amanda (Michael) Musso, Bradley Hensley, Vicki (David) Shapard, Scott Young, Gwen (MaximeNoutcha) Young and John (Virginia) Young; great-grandchildren, Madisyn Donnelly, Brittney (Joseph) Valenti, Lacey (Stewart) Settle, Holly Brown, Alyssa Musso, Chandler and Beckett Shapard, Xavier Young, Laetitia Noutcha, Hollis Henry Young and Ruby Kay Young; great-great granddaughter, Charlotte Valenti; and sisters, Ellen Hardin and Evelyn (Ronald) Schroeder. She is reunited in death with her husband, Henry D. Young; parents, Arthur and Cora Zinn Drescher; son, Donald E. Young; granddaughter, Cynthia Brown Donnelly; and brother, George (Marjorie) Drescher. Esther attended school in Ordway, Colo. where she was born. After high school, she studied business in La Junta, Colo. She married Henry Denzel Young when she was 19 and they enjoyed 41 years of marriage before his death in 1974. Esther was a full time mom and homemaker until her youngest child was in middle school and she went to work for the Pueblo Power company as a key punch operator. She enjoyed her career and remained until her retirement. Esther was a devoted member of the Wesley United Methodist Church. During her working years she was active in the Beta Sigma Phi Sorority, chairing a committee to provide wheel chairs to those in need. Throughout her life she maintained a strong faith, a positive attitude and a great deal of determination. She enjoyed the theater, reading and especially the company of her family. Esther subscribed to John Wesley's philosophy - do the best that you can, in all the ways that you can, all the days of your life. (Don't forget to have some fun along the way.) Memorial service, 11 a.m. Saturday, Nov. 12, 2016, at Wesley United Methodist Church, 85 Stanford. In lieu of flowers, donations may be made direct to the charity of your choice in Esther's memory. Online condolences, www.montgomerysteward.com ************