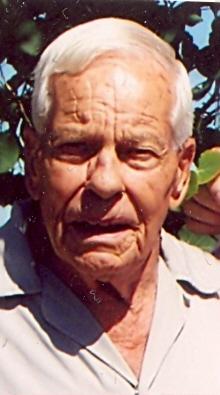 Ernest J. 'Ernie' Reynolds, 83, passed away Nov. 23, 2010. Ernie was preceded in death by his loving wife of 56 years, Leota 'Lee' Reynolds. He is survived by his children, Damon (Julie) Reynolds, Denise (James) Selak and Bob (Vivian) Monge; grandchildren, Benjamin Reynolds, Kayla Reynolds, Miranda Ridder, Adrianne Ridder, Tina (Jeff) Selak-Klaus, Michelle (Robert) Barthelemy and Robert G. Monge; great-grandchildren, Kimberly Barthelemy and Zachary Barthelemy; and nephew, Gary Reynolds. Ernest was born May 31, 1927, to William and Mamie Reynolds. He grew up in Avondale and Pueblo, and served in the U.S. Army during World War II in the Philippines. He was especially proud of his life's work as an excellent salesman with many longterm customers that were like extended family. Ernie retired from Andrews Produce after several years of dedicated service and with recognition as Salesman of the Year. He loved fishing and hunting with his sons, nephew, grandsons and friends and was a member of the Elks. Ernie is sadly missed by his family and friends. At his request, there will be no services. Online condolences, www.montgomerysteward.com