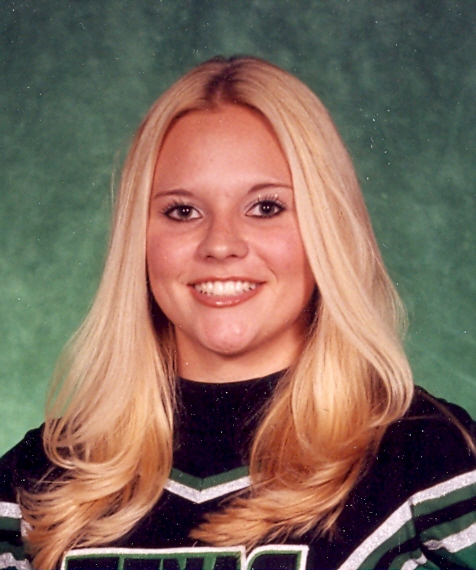 Erin Aubrey Johnson of Austin, Texas November 19, 1985 - June 19, 2011 Erin was a vibrant, creative young woman who was full of dreams and hopes and she will be sorely missed by a multitude of loved ones and friends. Erin was born with Cystic Fibrosis and she struggled to overcome its effects for her entire lifetime. She was very private about it though and didn't share her pain and fears. Although it had a tremendous effect on her physically, emotionally, and spiritually, she valiantly did her best to overcome all the adversities that assailed her. She hated to be fussed over and more than anything wanted just to be 'normal.' Erin was a beautiful and precocious child. She loved to watch Disney movies and pretend. She loved to play with her girlfriends and spend time with her grandparents. She loved camping and boating and snow skiing in her beloved Colorado, where her heart always remained. She loved stuffed animals and collected hundreds of them. She also loved her two real pets, Kitty and Buddy. As she grew older the family moved to Houston. She always missed Colorado but tried to adapt to the new environment and all the challenges that a major change presented to her as a young teenager. She became a gymnast and competed successfully with her team in championship events. She also became an accomplished competitive cheerleader. Although she had little patience for school, Erin was in the top 5% of her class at Tomball High School when she graduated in 2004. She was class historian and also active in art and drama. She was honored as the Tomball HS Cheerleader of the year. Erin went to the University of Texas at Austin, majoring in Studio Art. She was a Longhorn Cheerleader during her first year there. She did some modeling for magazines, and had several acting parts in movies and television. She loved animals and worked as a Veterinary Technician. She also loved Ford Mustangs, sushi, and video games. Although her health had already begun to deteriorate, she joined the Army ROTC program and completed boot camp during the Gulf War, to show her patriotism and to support her sister, Kristen, an Army officer who was deployed to Iraq. Erin was the smallest and most fragile solider in her platoon but, as always, overcame her disabilities with pure stubbornness and determination.As she entered her mid-twenties, Erin continued to weaken and she grew more tired of her disease and continual struggles. During the Thanksgiving holiday in 2009, she endured a severe setback and was flown by Life Flight helicopter to UTMB in Galveston, where she was in a coma for six weeks. Miraculously, she survived the ordeal and once again tried hardily to rally. She returned to Austin to continue her schooling while on a grueling regime of treatments and medications to maintain her health status after losing almost 40% of her lung function. Erin was able to meet her one-year-old nephew, Gavin, recently and also got to spend a few days in Colorado visiting her grandparents and other relatives, and her good friend Tara. Of course, she also insisted on snow skiing with her Uncle Dennis and Aunt Leslie. Erin passed away in her sleep on June 19, 2011, at exactly 25 years, 7 months after her birth. She is survived by her mother, Rebecca; father, Michael of Tomball, Texas; sister, Kristen Rice and her husband Eric; and nephews, Gavin and Austin; and niece, Paige Rice of Amarillo, Texas; grandparents, Joan Johnson of Colorado Springs, Colorado and Gerald and Freda Moore of Pueblo, Colorado; aunts and uncles, Dennis and Leslie Moore of Buena Vista, Colorado; Dave and Brenna Johnson, Bob Oettinger, of Colorado Springs Colorado, and numerous great aunts and uncles, cousins, second cousins and many, many dear friends. Erin always wanted to return to Colorado and she will be laid to rest there. In lieu of flowers, donations can be made in her name to the Cystic Fibrosis Foundation through Montgomery & Steward Funeral Directors, 1317 N. Main St., Pueblo, CO 81003. Rest peacefully, angel. We will all miss you terribly. Memorial service, 2 p.m. Saturday, July 2, 2011, in the Montgomery & Steward Funeral Chapel. Online condolences, MontgomerySteward.com