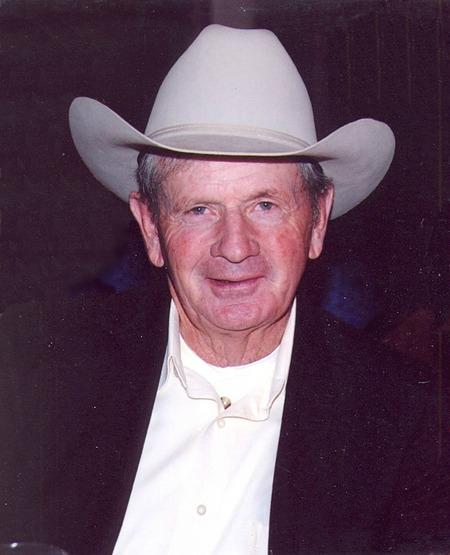 Edsel E. Rhodes, 77, passed away Feb. 26, 2012. Beloved husband, father, grand'pops', brother, friend, mentor and most of all cowboy. Survived by his wife of 50 years, Jane Rhodes; sons, Neal Rhodes of Elizabeth, Colo. and A.J. Rhodes of West Hollywood, Calif.; daughter-in-law, Vicki Carlton-Rhodes; siblings, Aloha (George) Lile, Aletta (Al) Benko, Edison (Janice) Rhodes and Otto (Gail) Rhodes; brother-in-law, Frank (Etta) Masciantonio; grandchildren, Jordan Brooke Rhodes and Jake Rhodes; numerous nieces, nephews and cousins. Preceded in death by his son, Eddie Rhodes. Edsel was born July 28, 1934, in Puxico, Mo., to Otto and Esther Rhodes. He and Jane Masciantonio (Mass) were married Jan. 19, 1962, in Pueblo. Edsel continued to work part time at Cliff Brice after 48 years of service as the warehouse manager. Rodeo and calf roping were in his blood, after teaching himself to ride at a young age, he went on to become a championship calf roper for over 57 years. He won many of the Professional Rodeo Cowboys Association (PRCA) biggest rodeos including Houston, Cheyenne, Denver Stock Show, Colorado and New Mexico State Fairs. In 1985 and again in '88 he was calf roping's world champion in the National Senior Pro Rodeo Association (NSPRA) He was a four-time world-champion in the U.S. Calf Roping Association (USCRA) and in 2003, for the Rocky Mountain Roping Association. Edsel also teamed up with his wife Jane in the NSPRA ribbon roping and they took home a world-champion title for that event in '88. Edsel was a lifetime, gold card member of the PRCA and a member of the Colorado Rodeo Association. Over his remarkable career he won seven saddles, over 100 buckles, along with numerous jackets, horse tack and more. He was the go-to mentor for many calf ropers in all levels of rodeo from Little Britches to PRCA champions. Beyond his accomplishments in rodeo, he was also a skilled horse trainer. Most importantly, Edsel was a devoted family man and Christian. He would give the shirt off his back to anyone in need. To use words he commonly spoke of for others but never himself, he was an all around good-hand. Viewing from 5 to 7 p.m. Wednesday in the Montgomery & Steward Chapel. Service, 10 a.m. Thursday, March 1, 2012, at Pueblo Christian Center, 1605 S. Pueblo Blvd., with Pastor Josh Richardson & Pastor Vernon Dillon officiating. Interment, Imperial Memorial Gardens. In lieu of food and flowers, the family has established the Edsel Rhodes scholarship fund to support young calf ropers. Donations can be made through Montgomery & Steward Funeral Directors, 1317 N. Main St., Pueblo, CO 81003. Online condolences, www.montgomerysteward.com