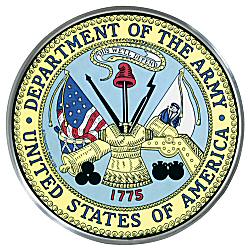 Edgar Allan Shumake, 85, passed away Mar. 2, 2010, in Pueblo, after a brief illness. Preceded in death by his wife, Marjorie L. Shumake; parents, David and Adeline Shumake; brothers, Donald and David Shumake; son-in-law, J.R. Rookstool; daughter-in-law, Anne Shumake; and an infant son. Survived by his children, Donald (Kaye) Shumake of Colorado City, Keith (Irene) Shumake of Pueblo, Susan Rookstool of Denver, Patricia (Gene) Garbiso of Las Vegas, Nev., Dennis (Debbie) Shumake of Fontana, Calif., James (Doreen) Shumake and Karen Shumake of Pueblo. He is also survived by his sisters, Mary Jane (Charles) McGee of Tucson, Ariz. and Edna Henke of Rifle, Colo.; 19 grandchildren; 35 great-grandchildren; and one great- great grandchild. Edgar was born in Colorado Springs on Aug. 8, 1924. He served in the U.S. Army during WWII and was a POW after being captured in the Battle of the Bulge. The family would like to extend their appreciation for the care that Edgar received from the nurses and staff at Pueblo Care and Rehabilitation as well as the Joni Fair Hospice House. Private family services were held. In lieu of flowers, memorials may be made to the Joni Fair Hospice House through Montgomery & Steward Funeral Directors, 1317 N. Main St., Pueblo, CO 81003. Online condolences, www.montgomerysteward.com