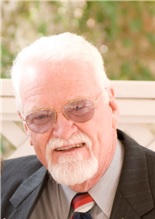 EARL EUGENE MEEK, 89, 11-10-31 to 11-27-2020
Gene Meek was born in Flagg, Texas to Sterling Meek and Ruby McDaniel. He was a world traveler in his military career ( Naval air corps 4-25-51 to 4-15-55) and his personal life. His final destination was the pearly gates of heaven, where he was reunited with his beloved wife, Olivia Carolina; and cherished son, David, both of which left us far too soon. He is survived by son, Larry and Lavonne Meek; daughters, Debbie and Loren Zimmerman, Millie and Buddy Robbins, Teri and Jerry Rose, Cecilia and Geno Wright and Olivia Jessica Medrano; 9 grandchildren; 26 great-grandchildren; numerous nieces, nephews and cousins; and far too many other family members to name. He attended high school in Plainview, Texas-class of 49, University of Idaho-class of 50, and Lipperts Business College-class of 56. He applied his trade in Texas, New Mexico, Oklahoma, Colorado Springs District court 65-71, Kirkpatrick and Meek Reporting 68-84, and Earl Meek and Associates 84-93, retiring in early 94. He retired to Colorado City where he worshiped regularly at Valley Community Church. After the death of his wife he then moved to Brookdale Vista Grande, Colo. Spgs in 2016. There he became their goodwill ambassador, bingo caller, librarian, and part time gardener. He loved the outdoors, mountains, fishing, hunting, and some years, the Denver Broncos.
His absence will leave a huge void both with the family and at Brookdale, and he will be greatly missed. Due to the current condition of the world, the celebration of his life will be sometime in the spring, to be determined later.