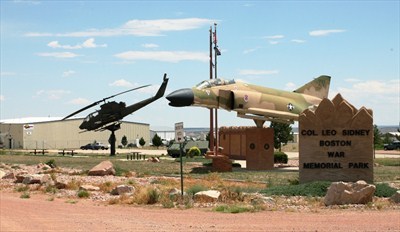 Dr. Walter C. Giffin, 78, of Pueblo West, Colo. died Thursday, July 3, 2014, as a result of an auto accident. He was born April 22, 1936, in Walhonding, Ohio to the late Maurice and Ruth Giffin. Walt was a graduate of Bucyrus (Ohio) High School (class of 1954) and went on to receive his Bachelors, Masters and Doctorate (1960) degrees in Industrial Engineering from Ohio State University. On September 1, 1956, he married his high school sweetheart, Beverly Neff (who survives). He briefly worked for General Motors Corp. at their Tech' Center in Troy Michigan, before returning to OSU to begin his teaching career. Walt achieved his position as professor and authored three books in the field of Industrial Engineering. His career at OSU spanned 1961 thru 1987, retiring from OSU and moving to Colorado where he assumed the position of Department Chairman for the University of Southern Colorado. Walt then developed the first Masters Program for Industrial Engineering in the state of Colorado and then retired for the second and final time in 1992. He was an avid aviator. His father operated the airport in Bucyrus, where at the age of 17, Walt assisted in the restoration of an airplane and acquired his private pilots' license and went on to earn his commercial and instructors ratings. Over the years he owned a number of airplanes, two of which were meticulously homebuilt. In addition to Bev, he is survived by two children, Steve and Rebecca; four grandchildren; and two great grandchildren. His sister Vicki resides in Charleston, W. Va. Walt was preceded in death by his parents; and two brothers, Darrell and Jerry. The brother's love of aviation created a special bond between the three of them. Cremation, Montgomery & Steward Crematorium. Memorial service, 10:00 a.m. Friday, July 11, 2014, at the Fremont County Airport, 60298 Hwy 50, Penrose. In lieu of flowers, memorials may be made to the Fred Hutchinson Cancer Research Foundation or the EAA Give Wings to Dreams Program. Online condolences, www.montgomerysteward.com