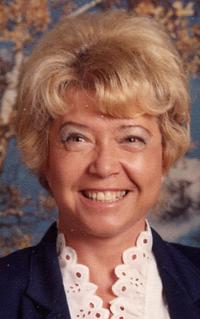 Dr. Mary E. Spence, a distinguished educator and musician, passed away on May 31, 2005, at a local hospice. She was 76. She was preceded in death by her parents, James A. and Marie A. Kaneaster, and her grandson, Robbie Hill. She is survived by her husband, Melvin L. Spence, and their children: David M. Spence and wife, Kathleen, of Colorado Springs; AnnaLee Hill and husband, James, of Spring, Texas; and Marcia L. Spence of Columbia, Missouri. In addition, she is survived by five grandchildren, Kellie and Michael Hill of Spring, Texas, and Darby, Reilly and Daniel Spence of Colorado Springs. Dr. Spence taught at Morton, Haaff and Somerlid elementary schools after arriving in Pueblo in 1955. She later served as director of reading programs for School District 60. In 1972, she became a professor in the education department at Southern Colorado State College (now CSU-Pueblo), and was named the school's educator of the year in 1977. Dr. Spence also started and served as the director of the McClelland Center for Child Study in Pueblo for several years. In 1981, she was named principal of Lincoln Elementary School in Canon City, where she worked until she retired in 1987. Mary was a skilled musician. She played the violin and viola and was a member of the Pueblo Civic Symphony for more than 35 years. She continued to teach music lessons and perform up until her death. She was born on June 16, 1928, in Bisbee, Arizona. Her father died when she was six, and she moved with her mother to Denver in 1938. She graduated from Denver South High School in 1946 and later attended Colorado State Teachers College (now the University of Northern Colorado) where she earned both bachelor's and master's degrees in education. Dr. Spence earned her doctorate in education from the University of Denver in 1975. Mary married her husband, Melvin, in 1949. They had been married nearly 56 years at the time of her death. The Spences lived in Center and Brush, Colorado, before moving to Pueblo. There will be no viewing. Cremation, Montgomery & Steward Crematorium. A memorial service will be held at 2 p.m. Friday, June 3, 2005, at St. Paul United Methodist Church, 107 E. Routt Avenue. In lieu of flowers and food, a memorial gift to the Make A Wish Foundation, through the funeral home, would be appreciated. Online condolences, www.montgomerysteward.com