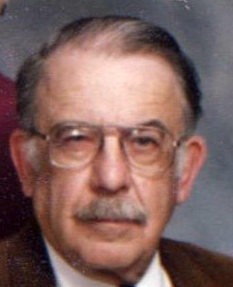 John J. Yaeger M.D. Born July 27, 1921, in Sanborn, Minn., passed away July 27, 2014, at St. Mary Corwin Hospital where he served as a physician from 1951 to 1991, including a stint as Chief of Staff. Graduate of St. Olaf College and the University of Minnesota Medical School. He was also a veteran of WWII Army Medical Corp. Survived by beloved wife of 69 years, Betty Jane Topel Yaeger; children, Jane (Steve) Keightley of Worcester, U. K., Mark (Barbara) of Pueblo, John (Diane) of Annapolis, Md., Peggy (Alex) Christie of Colorado Springs and Amy (Rich) Paul of Grand Junction; 16 grandchildren and six great-grandchildren. Preceded in death by infant son, Stephan Charles; parents, Walter David and Luretta E. Ripley Yaeger; and sister, Mary Lou Galbraith. John came to Pueblo in 1951 to set up practice in the height of a polio epidemic. He was pediatrician to many of Pueblo's baby boomers. He was an avid fisherman, bird watcher, sports enthusiast and world traveler. As a lifelong learner, he built furniture and radios and learned the art of wine making and gardening. Upon retirement he took part in Elderhostel studies and audited college courses. As an active volunteer before and after retirement, his activities included conducting the official weigh-ins for Pueblo's wrestlers for many years, instructing Pueblo West school children through Junior Achievement and playing the butler as a docent at Rosemount Museum, to name a few. He was a founding board member of the Nature and Raptor Center. He faithfully attended grandchildren's events whether locally, on the east coast, or in England. The family wishes to express thanks to the staff at St. Mary Corwin Hospital. John passed away peacefully surrounded by family on his 93rd birthday in a room that happened to be near the Pediatric Ward at the hospital, completing life's full circle. Private family memorial service at John's request. As a long-time member of Ascension Episcopal Church, memorials may be made to the Ascension Church Education Fund, 420 W. 18th St., Pueblo, CO 81003, or directly to the charity of donor's choice. Online condolences, www.montgomerysteward.com