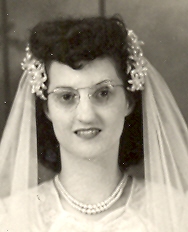 Dorothy M. 'Dot' Zanini, 85, passed away January 17, 2008. Survived by her children, Jeannie (Theodore) Morgan of Colorado Springs, Joe (Jennifer) Zanini of Colorado Springs and John (Vicki) Zanini of Pueblo; grandchildren, Amy (Todd) Redding, Ben (Katrina) Morgan, Peter Morgan, Ryan Zanini, Jamie Zanini and Brea (Shannon) Buchanan; great-grandchildren, Harley Buchanan, Layne Buchanan and Seth Buchanan; sister, Theresa Sloan of Arkansas; numerous nieces and nephews. Preceded in death by her husband, Joseph L. Zanini on July 4, 2007; parents, George and Helen Janda; and brother, Richard Janda. Dorothy was born June 13, 1922, in Deweese, Nebr., where she attended school and graduated valedictorian of her high school class. She was offered many scholarships and considered education very important, having volunteered at elementary schools where her children attended. Dorothy worked many years as a telephone operator in Hastings, Nebr. and Trinidad, Colo. As a member of Shrine of St. Therese, she was dedicated to her church and volunteered in ways, including caring for the altar linens, leading Rosaries and assisting with the church's fund-raising activities. She was also an officer for the Council of Catholic Women for over 22 years and served on Parish Council for six years. She also heavily supported the missions of the Catholic church. Dorothy's hobbies included reading, baking, cooking and music. As a youth, she played the snare drums, and later the piano. The center of her life was her love of God, her family and friends. She had a special gift of personalizing notes and letters; she truly wrote from the heart. Being an avid reader, she would clip out articles which she knew would be of interest and enclose them with letters. She will be deeply missed for the love she shared with family and friends, and the way she made holidays extra special. She was a member of Eagles Auxiliary 145. As per her request, there will be no viewing. Rosary, 7 p.m. Monday, Jan. 21, 2008, and the funeral Mass, 10 a.m. Tuesday, Jan. 22, 2008, with the Reverend Father Liam Courtney as celebrant. Both services at Shrine of St. Therese, 300 Goodnight Ave. Interment at Imperial Memorial Gardens. In lieu of flowers, memorials may be made to Shrine of St. Therese Memorial Fund or Sangre de Cristo Hospice, through Montgomery & Steward Funeral Directors, 1317 N. Main St., Pueblo, Colo. 81003. The family wishes to thank the nurses at Parkview Hospital and Sangre de Cristo Hospice, Dr. Puls and Dr. Balizet for the special care they gave Dorothy. Sincere appreciation to the Warm the World Quilters from Cañon City for the lovely quilt they gave her at the Hospice House. The family also thanks friends and relatives for the many kind ways of expressing their sympathy and to Father Liam for his guidance and comfort at this time of loss. Online condolences, MontgomerySteward.com