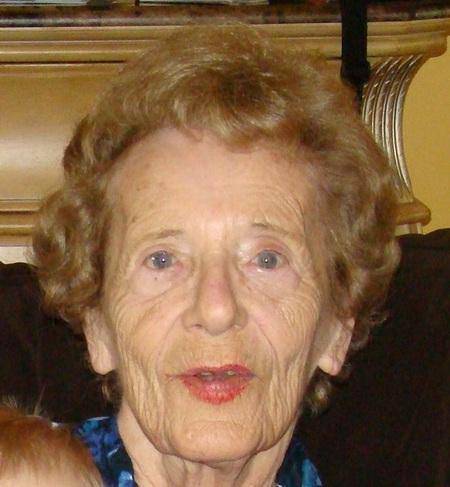 Doris Jean Duffy, 84, of Morgantown, WV, died peacefully Friday, October 18, 2013, at her home. She is now reunited with the love of her life, William 'Bill' Duffy her husband and best friend. She was born, June 19, 1929, in Chicago, IL, a daughter of the late James Harbison and Jean Armstrong Harbison. After raising her children, Doris went back to school and graduated from Southern Colorado State College in Pueblo, CO with a degree in nursing, spending most of her nursing career at the Colorado State Hospital. After her husband's passing in 2005, she moved to Morgantown, WV to be near her daughter, Kathy. Doris enjoyed watching sports, especially the Denver Broncos, the Pittsburgh Steelers and the WVU Mountaineers. She avidly read many books over the years. Doris also enjoyed bowling, and was on two bowling leagues. She was a devoted wife, mother and grandmother, who cherished her time with her family. She was personally proud that for her 60th birthday, she celebrated by parachuting solo out of an airplane. Doris is survived by her son and spouse, Michael William Duffy and Kathy Duffy of Decatur, AL; her daughter and spouse, Kathleen and Richard Usery of Morgantown, WV; her grandchildren, Dr. Andrew Ray Usery, Kristin Elizabeth Andrews, Michele Renee Chambers and Kevin Michael Duffy; and six great grandchildren and a step-grandaughter, Jayne Zanchi. In addition to her parents and husband, she was preceded in death by her sister, Elsie Mayberry. Memorial services were held on Monday, October 21, 2013, at Trinity Episcopal Church in Morgantown, WV with Father Michael Hadaway as the celebrant. Private inurnment, Mountain View Cemetery Chapel Mausoleum. Online condolences, www.montgomerysteward.com