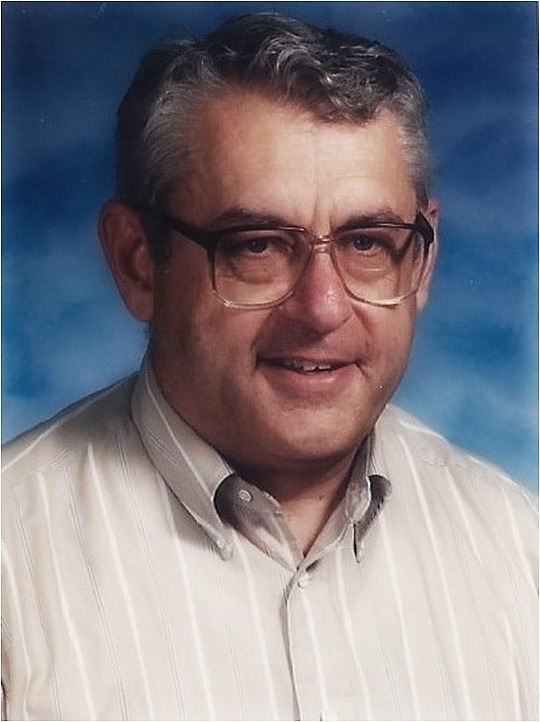 Deryl D. Smith, 78, passed away October 14, 2014, after a 22 year struggle with the consequences of an aneurism. Deryl was born to Charlotte Abbott and George Smith on February 15, 1936, in Emporia, Kans. He was married to Patricia Joan Van Englehoven on November 24, 1961. Survived by his wife of nearly 53 years, Pat; children, Carol (Jon) Trudeau, Jennifer (Augustin) Garnier, Kenneth and Jonathan; seven grandchildren, Andrew and Miranda Franklin, Dakota, Morgan and Nathan Smith, Cory (Emily) Trudeau and Megan (Bo Young) Trudeau; and three great-grandchildren, Dastan Franklin, Hayli and Megan Young. Preceded in death by his parents; infant son, Nathan; infant twin brother, Gerald; sisters, Luretta Merwin and Lurene Vohs; brother, David Smith; and parents-in-law, Rene and Irene Van Englehoven. Deryl was a high school and college physics teacher. He retired from Rampart High School in Colorado Springs in 1992. He completed a B.A. and M.A. at Kansas State Teachers College in Emporia and three years of post graduate work in Science Education at the University of Iowa. Science education was his passion and even near the end of his life he continued to search for new ideas on the internet. He was an active member of the Colorado and National Science Teachers Association and the American Association of Physics during his professional tenure. In addition he was an avid listener of classical music and enjoyed his extensive collection of CDs. His love of the Rocky Mountains led the family to move to Colorado Springs in 1974. The family spent most vacations camping and enjoying the natural wonders of their adopted state. He was a member of First Presbyterian Church. At his request, no viewing or visitation. Cremation, Montgomery & Steward Crematorium. Memorial service, 2 p.m. Friday October 17, 2014, in the Montgomery & Steward Chapel. Online condolences, www.montgomerysteward.com