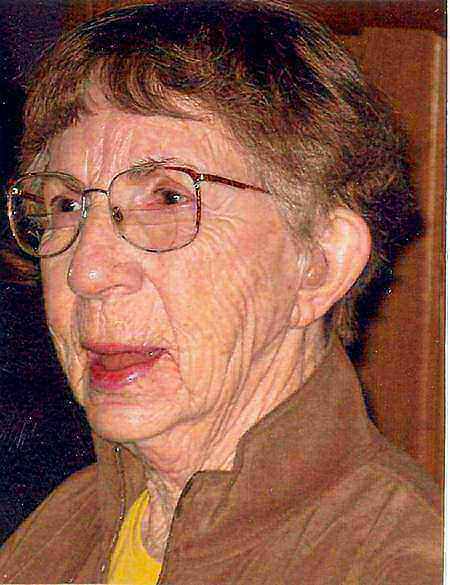 Colleen M. Ruede - Fifty-two year resident of Pueblo, Colo., passed away on Saturday, December 5, 2009. She was preceded in death by her husband of 47 years, Gifford A. Ruede; her parents, Walter and Ruth Pavela; and her sister and her husband, Beverly and Paul Steiling. She is survived by six children, Robyn (Vince) Caponi, Mary Terry (Roger) Greer, Pamela (Rocky) Levkulich; Joseph (Susanne) Ruede; Linda (Jeff) Metz; and Bill (Tammy) Ruede; twelve grandchildren: Gina (Gary) Parnaby, Kristen (Ryan) Darmody, Cara Caponi, Byron (Courtney) Levkulich, Christopher Levkulich, Tracy Greer (Jacob Pomrenke), Michael Greer, Sean Freeman, Jessie Freeman, Kahlie Metz, Jennifer Ruede and Kristen Ruede; and four great-grandchildren: Elizabeth and William Parnaby, Lucy Darmody, and Caitlin Levkulich. Colleen's passions in life were her family, her Catholicism, and her interests in art and animals. She was a long-time and active member of Christ the King Parish before moving to Our Lady of the Meadows Parish. She insured that her children receive a Catholic education until the schools were closed in 1971. She was active in the arts community of Pueblo, working at the Colorado State Fair Fine Arts exhibit for years, serving as an Artist in Residence for Pueblo Public Schools, teaching art at Roncalli High School and participating in various local shows and arts events. Most recently, she was a member of the Pueblo Watercolor Society and Alpha Mu Delta, an arts sorority, and volunteered her time yearly to help with the Channel 8 Art Auction. Her artistic honors include being named Artist of the Year in 2003 by the Pueblo Arts Council, and being a recognized artist for the recent Our Lady of the Meadows Art Show. She was an ardent supporter of the Carousel project at Pueblo City Park. Colleen was also a volunteer and docent at Pueblo City Park Zoo and spent countless hours teaching children's art and working at the gift store there. Colleen was also an active member of two weekly bridge groups and played an excellent game of Scrabble. The family would like to thank her doctors and the staff at Parkview Medical Center for all of their care and support. They invite friends and acquaintances to a celebration of Colleen's life at 6 p.m. with a Vigil Service and Rosary to follow at 7 p.m. on Tuesday, December 8, in the Montgomery & Steward Chapel. Funeral Mass, 11 a.m. Wednesday, December 9, at Our Lady of the Meadows Catholic Church, 23 Starling Dr., with the Reverend Father Jean-Marie Mondji as celebrant. Internment will take place at Mount Olivet Cemetery, Denver, at a later date. In lieu of flowers, please make donations to Little Sisters of the Poor, Sisters of Charity, BVM, or Pueblo Zoological Society through Montgomery & Steward Funeral Directors, 1317 N. Main St., Pueblo, Colo. 81003. Online condolences, MontgomerySteward.com