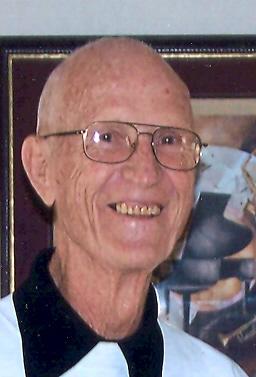 Clifford Joseph Jackson, 86, born to Vern and Zoe Jackson September 6, 1919, in Ione, Ore., went home to be with the Lord July 24, 2006. He leaves his devoted wife of 56 years, Jimmie Ruth Jackson; daughters, Christine (Ronald) Crawford of Pueblo West and Twana Jackson, of San Mateo, Calif.; son, Vern Jackson, of Walsenburg; granddaughters, Shellene (Tim) Swan, of Dayton, Maine and Kari (Jason) Conner of Cañon City, Colo.; great-grandchildren, Rylie Rinks Conner, Kaila and Tyler Swan. He retired from the State of Nevada as a tax evaluation analyst in 1981 and was appointed to the Nevada State Board of Equalization in 1982. He was a gifted musician and played the saxophone and clarinet during the Big Band era with bandleaders Tommy and Jimmy Dorsey, Harry James and others. He was in the sound stage orchestra of several movies including those with Doris Day, Fred McMurray, and others. He belonged to the Masonic Lodge in Carson City, Nev. and the Scottish Rite & KERAK Shrine in Reno, Nev. His love for his wife and family was second only to his faith in God. His family would like to thank the staff at Fresenius North and South Dialysis Centers, Belmont Lodge Skilled Nursing Facility, Parkview Medical Center, all physicians and staff who cared for him. A special 'Thank You' to all the Sangre de Cristo Hospice Staff; they showed such compassion in caring for and making our loved one feel the comforts of home and provided compassion and counseling with family members. Memorial service, 11 a.m. Thursday, July 27, 2006, at Bread of Life Church, 702 S. Main St., Pueblo. In lieu of flowers, memorials may be made to the Sangre de Cristo Hospice through Montgomery & Steward Funeral Directors, 1317 N. Main St., Pueblo, CO 81003. Online condolences, www.montgomerysteward.com *****