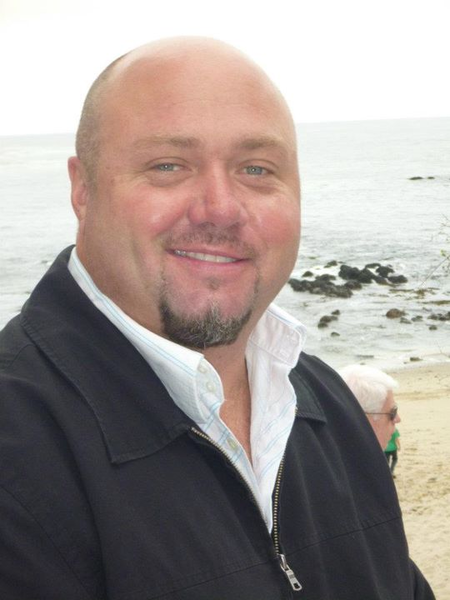 Christopher Martin Jones was a loving, generous, adventurous and amazing young man whose brief 39 years on earth was cut short on Friday, Oct. 14, 2011, in Laguna Beach, Calif. Chris touched the hearts and lives of the many whose paths he crossed with his witty, outgoing personality. His smile and warmth were ever present and he had an innate ability to bring out the very best in everyone he met. He was always ready to reach a hand out to those who needed it and he loved life and the people in it. He was so loved in Laguna Beach that they recently renamed Fisherman's Cove to Jonesy's Cove in his honor. He affectionately was known as The Mayor of Laguna Beach, Jonesy and Jonesy Bear. Chris began his too-brief journey of life on April 5, 1972, in Pueblo, as the fourth child of Jan L. Jones and Fred F.(Jean) Jones. He was the brother of Holly (Rob) Garrett of Colorado Springs and Heidi (Aaron) Baumert of Thornton. Also survived by his stepsister, Kelly Cline of Phoenix, Ariz. and her family and stepbrother, Kevin Vadnal of Phoenix, Ariz. and his family. He was preceded in death by sister, Krista Rae; nephew, Shayne Fisher; and grandparents, Raymond and Jeanne Fisher. There wasn't anything Chris couldn't build or repair. He was a superintendent on construction crews and had built banks, schools, a dental office and a multi-million dollar home. He was an entrepreneur who owned SunSUp Laguna, a paddle board business and he ran a kayak touring business. He also was in the process of starting a green chile business called Loco Gringo Green Chile. His friends and family knew he emulated everything that life is about - his huge smile and positive energy made everyone around him feel full of life and loved. He was always up for a good time and his loyalty was immeasurable. He lived life to the fullest and at full throttle. He also leaves behind to cherish his memory Michelle, Mark and Brianna Otero; Kaitlan, Kortney, MacKenzie and John Hannan and Aurion and Ayden Baumert. Memorial donations may be made in his memory to the Cystic Fibrosis Foundation through Montgomery & Steward Funeral Directors, 1317 N. Main St., Pueblo, CO 81003. Visitation from 4 to 6 p.m. Friday, Oct. 21, at the funeral home. A Celebration of Life, 10 a.m. Saturday, Oct. 22, 2011, in the Montgomery & Steward Chapel. Online condolences, MontgomerySteward.com