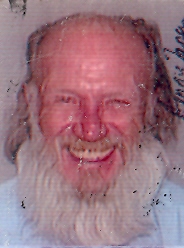 Charles Brunelli, 67 years old, passed away Aug. 26, 2007. Preceded in death by his mother, Helen and his father, Louie. Survived by his two children, Rex (Lori) Brunelli of San Antonio, Texas and Lisa (Steve) Herckner of Queenstown, Md. Charlie grew up in Pueblo, attending Carlile Grade School, Keating Jr. High and Pueblo Central High School, graduating in 1958. He proudly served in the U.S. Marine Corps and then became an air traffic controller where he received several accommodations. He later became a bartender for many years. He was always willing to help anyone and had a big smile for everyone. He was a member of the Fraternal Order of Eagles #145 and #3667. There will be no viewing. Cremation, Montgomery & Steward Crematorium. A memorial service will be held 4 p.m. Thursday, August 30, 2007, in the Montgomery & Steward Chapel with Pastor Darron Wilson officiating. Online condolences, MontgomerySteward.com