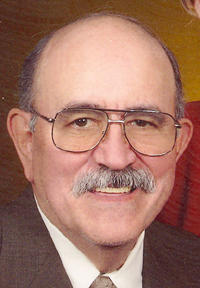 Charles Joseph Vialpando, 75, of Colorado Springs, Colo., formerly of Pueblo, Colo., went to be with the Lord on March 15, 2008, after a brief battle with cancer. Born on June 17, 1932, in Trinidad, Colo., to Marcus Sr. and Rose Vialpando, he was a cowboy at heart and farmed and ranched the land at the foot of the Spanish Peaks for many, many years. He became a respiratory therapist, helping people to have a better quality of life and saving many lives during his 25 years of service at both Parkview Medical Center and Westwind Campus of Care. He was an avid hunter and fisherman and lover of the great outdoors. He served in the U.S. Army in the 1950s, attended Regis University and was a graduate of Southern Colorado State College. He was preceded in death by wife, Margaret Vialpando; his parents; brother, Marcus Jr. (Mary Ellen) Vialpando; and sister, Josephine Bueno. He is survived by his loving wife, Sharon Vialpando; children, Deb (Dennis) Darrow, Lisa (Rick) Sexton and Tom (Marilyn) Vialpando; stepson, Tim (Sherri) Day; grandchildren, Leah Osbern, Carly and Ally Darrow, Elizabeth, Zachariah, and Hannah Vialpando, and Taylor and Cassie Day; sister, Joan Vialpando; brothers, Dr. Arthur (Mary Lou) Vialpando and George (Maryellen) Vialpando; and brothers-in-law, Ted Bueno and Don (Marilyn) Piquette; numerous nieces, nephews, relatives and friends; and close companions, Dr. Stephen and Deb Vialpando and boys, and Mark Vialpando. Memorial Mass, 1 p.m. Wednesday, March 19, 2008, Shrine of St. Therese Catholic Church. Family and friends will be received in the reception hall at St. Therese following the service. A special time of sharing memories and stories will be held during the reception. Online condolences, MontgomerySteward.com