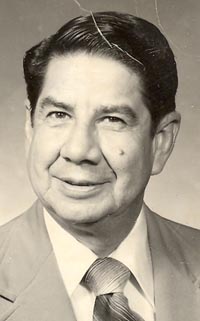 Charles Frank Wilkins, 82, passed away March 1, 2007, in Pueblo, Colo. Preceded in death by his wife of 57 years, Juanita Maxine Wilkins on June 28, 2006; two sons, Charles Don Wilkins in 1993 and Michael David Wilkins in 2004; two sisters; and two brothers. Survived by his children, Debra (Norman) Everhart of Pueblo West, Daryl Wilkins and Dean Wilkins, both of Pueblo; brother, Gilbert (Evelyn) Wilkins; two granddaughters; two great-grandchildren; and numerous nieces and nephews. Charles was born to Edward and Emelia Wilkins on Aug. 13, 1924, in Tiago, Colo. He served in the U.S. Navy during WWII. Charles retired from the Pueblo Army Depot, after 33 years of service, as an electronic technician during which, in 1969, he served five months in Vietnam and for two years, 1975-1976, in Panama Canal. He also worked ten years in real estate. He will be sadly missed by his family and all who knew him. In lieu of food and flowers, memorials may be made to American Diabetes Association through the funeral home. There will be no viewing. Cremation, Montgomery & Steward Crematorium. Memorial service will be held 11 a.m. Tuesday, March 6, 2007, in the Montgomery & Steward Chapel. The family may be contacted at the family home immediately following the service. Online condolences, www.montgomerysteward.com