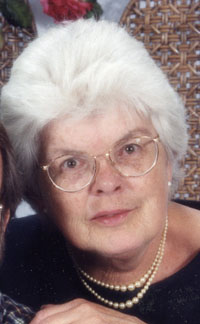 Charlene Marie Todd, 66. Born September 14, 1940, in Upland, Calif., passed to eternity on July 20, 2007. Predeceased by her only son, Ken 'K.C.' Krohn in February 2004; and her parents, Everette and Marie Johnston. Charlene was raised in Ontario, Ca. As a young girl and teenager she enjoyed living amongst the orange groves, riding horses, dancing, visits to the ocean and voraciously reading, a love she carried throughout her life. As a young woman she and her former husband, Kenneth B. Krohn, gave life to two children, K.C. and Karen. She was a wonderful mother who taught us her love of the outdoors through her gardening, the love of family through her patience, the virtue of dedication by always standing by us and the beauty of graciousness by never speaking poorly of anyone. On June 23, 1996, she married Larry G. Todd at Lake Tahoe, Nevada. Theirs was a beautiful union of laughter, love and dedication. Together they not only enjoyed the company of each other and their family but of special friends, Forrie and Julia Vean and Chuck and Patsy Causey. Charlene and Larry truly stood beside each other in good times and bad, in sickness and health. They shared a love that will stand the test of time. The other great love of Charlene's life was her grandson, Kenneth Everette Sherer. She adored the person he is and he inherited her quiet strength and graciousness. She loved to watch him in his sporting events and to take him on in a game of Chinese checkers. She always felt very protective of Ken and God forbid if anyone should ever cross him! In her career life, she was most proud of her work at the Pueblo Library District. Starting in 1982, she was the executive assistant to the late Mr. Charles Bates. Among her many accomplishments she most delighted in being on the ground floor of the development of the Robert Hoag Rawlings Library. She took great pride in watching this project grow and in having a helpful hand in it. Charlene believed strongly in the public library system and all that reading has to offer. After her retirement in November of 2002, Charlene returned to her creative side, first at making crafts with her mother and daughter and later by designing one of a kind pieces of crystal and beaded jewelry, both to be sold and to be charitably given. Charlene's earthly life was tragically cut short by disease. However, we rejoice as her spirit soars to join our heavenly Father; her son, K.C. Krohn; her parents; and other loved ones who have passed before her. Just as she will be deeply missed she will be deeply cherished by those she leaves behind, her husband, Larry G. Todd; daughter and son-in-law, Karen and Mike Sherer, grandson, Ken Sherer; stepson, Matthew E. Todd (Toni Kelly); step-grandchildren, Dustin Sherer, Ashleigh and Stephen Zeeck , Lindsay Sherer (Rex Harriman), Cooper Harriman and Lincoln Zeeck. Charlene was also the beloved big sister of Bradley (Karen) Johnston and Saragene (Bruce) Dawson. She also leaves behind a host of nieces, nephews and wonderful friends. A memorial service will be held 11 a.m. Wednesday, July 25, 2007, in the Montgomery & Steward Chapel, 14th and Main. The family will host an open house at 1893 Carrizo Springs Ave., in Pueblo West, after the service until 8:00 p.m. Please call 251-6510 for directions. Private inurnment at a later date, Mountain View Cemetery Gazebo Columbarium. In lieu of food or flowers, donations may be made to the Pueblo Library District or the Pueblo Animal Shelter in honor of Charlene, in care of Montgomery & Steward Funeral Directors, 1317 N. Main St., Pueblo, Colo. 81003. The family wishes to thank the 4th floor ICU department of Parkview Hospital, her doctors and Chaplain Ed Behling who all gave so much of themselves to her during the last month of her life. You are truly appreciated. Online condolences, MontgomerySteward.com