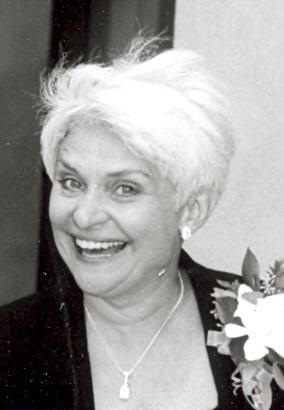 The Rev. Dr. Charlene LeMon Nimmo claimed her eternal promise on Dec. 26, 2008. She came into this life on May 21, 1938, in Hamilton, Ontario, the first child of the later Reverends Robert and Marie LeMon. She was serving as the Senior Pastor at Park Hill Christian Church, Pueblo, Colo., for the past 12 years, and died of a rare disease at the University of Colorado Medical Hospital in Aurora, Colo. Dr. Nimmo lived a full life. Graduating from Evangel University, Springfield, Mo. in 1960, she began teaching school. In addition to child rearing, interior design and gourmet cooking, her interests spread to politics and she ran for 'at large' seats for City Council and County Commissioner in Pensacola, Fla. Her faithful witness drew her to hear the call to the ordained ministry about 1983. She immediately equipped herself for a compassionate ministry with a Master of Divinity from Denver Seminary and a Doctor of Ministry from Fuller Theological Seminary in Pasadena, Calif. In addition to her pastorate at Park Hill, she pastored or co-pastored churches in Laramie, Wyo., Greeley, Windsor, Ault, and Salida, Colo. She was also a campus pastor at the University of Northern Colorado for two years. She is survived by her husband, Dr. Del Wayne Nimmo of Pueblo West; daughters, Christina Clapp of Loveland, her husband, Doug, and their two children, and Charity Chapman of West Hills, Calif. and her husband, Rob, and their two children. Rev. Nimmo is also survived by two brothers, Dr. Cal LeMon of Springfield, Mo. and Rev. Carl LeMon of Suffolk, Va. A celebration of her life will be held at 10 a.m. Saturday, January 3, at Park Hill Christian Church, 1401 E. 7th Street, Pueblo. In lieu of flowers, the family requests donations be made to Park Hill Christian Church. Online condolences, www.montgomerysteward.com