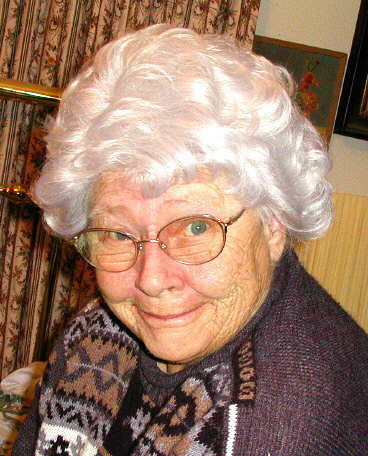 Charleen Caldwell, 92, died June 5, 2016, in Pueblo. Charleen is survived by her husband of 72 years, Henry B. (H.B.) Caldwell, Jr.; her children, Liesa (Edward) Houdashelt and Henry B. Caldwell III; her granddaughters, Charleen Caldwell and Brandie Sylva; and her great-grandchildren, Justin Sylva and Michaela Stanford. She was preceded in death by her parents. Charleen was born on March 26, 1924, in Oklahoma City, to Charles W. Kunc and Cynthia Alice Givan Kunc. She moved to Pueblo in 1944 when her husband was stationed at Pueblo Army Air Force Base. During the war, Charleen worked at McClellan Library. After the war, Charleen and H.B. returned to Pueblo to teach, and Charleen taught at Centennial High School before her children were born. Later she sold real estate, worked at the YWCA, and taught elementary school. In 1963, Charleen opened Caldwell's Fabrics in the chicken house behind the family home. She later expanded by adding craft supplies and Caldwell's Fabrics and Crafts became a Pueblo institution. Charleen taught crafts and quilting and her original designs were published in magazines and books. She was a nationally recognized expert in the craft industry and was a columnist for industry trade magazines. She was active in the Society of Craft Designers and served on the board of directors of the Hobby Industry of America. She operated Caldwell's for 30 years until health forced her to retire in 1993. After she retired and for as long as she lived, she was always very happy when people told her how much they had enjoyed her shop. In addition to her business, Charleen was an active member of DAR - Arkansas Valley Chapter and P.E.O. - Chapter FW. She was also a member of the Pueblo Historical Society and Eastern Star. At her request, there will be no service. Cremation, Montgomery & Steward Crematorium. Memorials may be made to the Pueblo Historical Society, 203 West 'B' Street, Pueblo, CO 81003. Online condolences, www.montgomerysteward.com