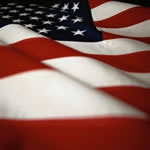 Carl Ransome, 82, passed away peacefully in his sleep on Feb. 3, 2012. Survived by his children, Dr. Ronald D. (Kathy) Ransome of N. Brunswick, N.J., Patricia A. Ransome of Pueblo; and grandson, Vincent Ransome of Metuchen, N.J. Preceded in death by wife, Mae Ransome; parents, Cliff and Betty Ransome; and brothers, JD, Horace, and Tom Ransome. Carl was born in South Carolina on Apr. 21, 1929, and moved to Pueblo in January of 1953, after serving four years in the U.S. Army. During his time in the Army, he received five medals and other awards. He was past Master of Pueblo Lodge #17, A.F. and A.M. He retired from the CF&I Mill in 1977. Memorial service, 10 a.m. Friday, Feb. 10, 2012, in the Montgomery & Steward Chapel with the Rev. Dr. Rick Calhoun officiating. The family requests the omission of food and flowers. Online condolences, www.montgomerysteward.com