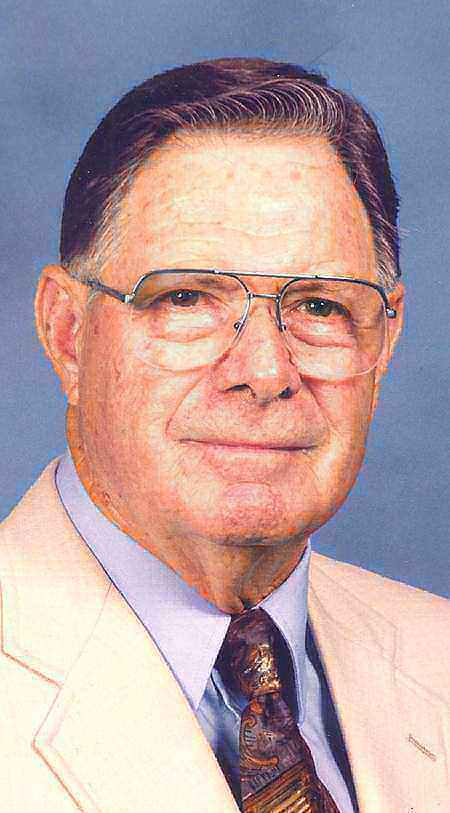 Bruce N. Cramb, 92, went to be with the Lord on Nov. 9, 2012. Bruce was born May 1, 1920, in Two Buttes, Colo. to George Brown Cramb (who came from Scotland as a young man) and to Lillian Irene Cramb. He was named after Sir Robert Bruce. He is survived by his wife, Donna D. Cramb; step-children, Carla J. (Alex) Howard, Douglas S. (Ginger) Veltri; son-in-law, Don Stegman; grandson, Jeff (Leslie) Hawkins and their son, Brayden; grandson, Scott (Laura) Stegman; and granddaughter, Kara (Jerry) Nye; Bruce and Donna's extended family, grandchildren, Cody Jackson, Francis Blackford, John Blackford, Dell Veltri, Virginia Veltri; great-grandchildren from both sides of the family; two nephews, Mickey (Judy) Scarpella and David (Madeline) LoSasso; two nieces, Patricia (Bill) Confer and Barbara Reed; many friends; as well as his church family (all of whom were important to him). Bruce was preceded in death by his parents; first wife, Beryle Cramb; daughter, Joyce Stegman; three younger sisters, Marjorie Scarpella, Roberta Gonzales and Elaine LoSasso. Part of Bruce's life was in southeastern Colorado, Lamar, Independence, Kansas and later in Pueblo. Before his retirement, he was General Manager of Valco Concrete, Sand and Gravel Company. He held several management positions with other companies prior to his seventeen-year tenure with Valco. Bruce was a World War II veteran serving in the Coast Guard until he was honorably discharged in Nov. of 1945. He was also honored as a 50 year Mason in Lamar, a member and past President of the Lamar Lion's Club and a member of the Rotary Club of Pueblo. He loved to play golf and enjoyed watching sports, especially the Broncos and the Rockies. He played baseball as a young man. He and his wife Donna shared many trips together including one to Scotland to see his fathers' birthplace. He was also a loyal member of the First United Methodist Church in Pueblo. Bruce was a kind and gentle man - a true gentleman. He had a good sense of humor and was honest and very knowledgeable about current events. He had an incredible will to live even after many health challenges. Cremation has taken place. A celebration of his life, 10 a.m. Sat. Nov. 17, 2012, at First United Methodist Church, 10th and Court. In lieu of food and flowers, memorials may be made to First United Methodist Church or Sangre de Cristo Hospice through Montgomery & Steward Funeral Directors, 1317 N. Main St., Pueblo, CO 81003. Online condolences, www.montgomerysteward.com