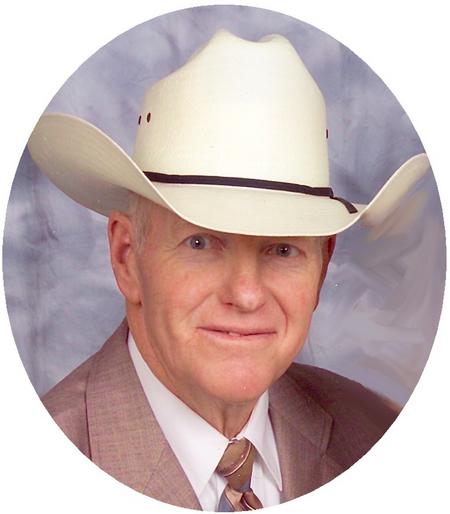 Bennie E. Farmer, 75, of Pueblo, Colo., went peacefully on Nov. 30, 2007, after a brave and courageous battle with cancer. Preceded in death by his parents, Earl and Willie Farmer; and brother, William 'Bill' Farmer. Survived by his wife of 50 years, Mary Dean Farmer; children, Deborah (Pat) Channel, Dan (Cara-Lene) Farmer and Cynthia Farmer, all of Pueblo, and Randy (Jeanna) Farmer of Sapulca, Okla.; siblings, Glen (Laura) Farmer of Palisade, Colo., Gwen Farmer of Korea and Wenona Clampitt of Edgewood, N.M.; three grandchildren and four step-grandchildren. Bennie was born to Earl and Willie Farmer on May 11, 1932, in Venus, N.M. He served in the U.S. Army during the Korean Conflict as a medic from 1953-1954. Bennie married Mary Dean Carter on May 18, 1957, in Albuquerque, N.M. They transferred to Pueblo in 1964. In June of 1974, he opened Pueblo Office Equipment, at his retirement in 1994, sold the business to Pat and Debbie Channel which was renamed Colorado Retail Systems, Inc. We would like to offer our sincere thanks to Sangre de Cristo Hospice, Rocky Mountain Cancer Center, Dr. Travis Archuleta, his staff and nurses. Memorial service, 11 a.m. Monday, Dec. 10, 2007, in the Montgomery & Steward Chapel with Walter Burch and John Hartig officiating. The family will host a catered dinner in the banquet room following the service for everyone who wishes to attend. Those who desire may make memorials to the Lymphoma Association or Sangre de Cristo Hospice, through Montgomery & Steward Funeral Directors, 1317 N. Main St., Pueblo, Colo. 81003. Online condolences, MontgomerySteward.com