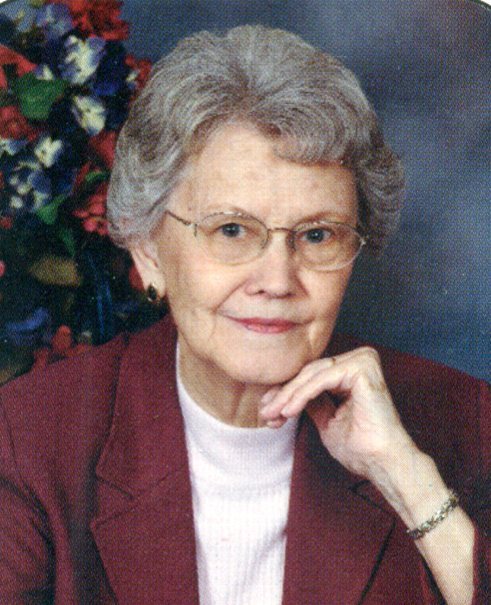 Becky (Mary Agnes) Proudfoot passed away after a long illness on Jan 20 2015, at age 91. Becky moved to Pueblo in her junior high years and graduated from Centennial High School. She left briefly to Oklahoma for college and returned to Pueblo and resided there until she left in 2011. Becky's many accomplishments included professional work at area churches as director of Christian Education, (which was her college degree from Phillips University, in Enid Oklahoma). She was married to William (Bill) Proudfoot for 51 years. He preceded her in death in 1996. Becky became a full time homemaker during the raising of their only son, Charles, and then when he was in Junior High, she went to work for Pueblo County Social Services as a caseworker. The opportunity became available to her to start a volunteer program for the County. She became the first Volunteer Administrator for a governmental institution west of the Mississippi just as that career area began to develop. At one point, she coordinated over 600 volunteers for Pueblo county Social Services. She was active in the Association for Volunteer Administrators, being a founding member, a member of their executive committee, and head of training and certification for the Association. In addition to her professional career, she also maintained membership in several organizations for the advancement of women, notably AAUW and PEO. She was an active member of the local chapter of League of Women Voters responsible for legislative initiatives for a number of years, as well as the 'Kids voting' campaign of the league. She was also active in the community in the area of social justice, including racial integration and marching against racial discrimination in the '50's and '60's. She was the recipient of Wake up With Pueblo's Sunshine Award along with her husband and her sister-in-law, Catherine E. Proudfoot. She was preceded in death by her parents, Melvin and Frankie Lea Beck; her brother, Bobby Beck; her husband, William D. Proudfoot; and her daughter-in-law, Laverne K. S. Proudfoot. Her son, Rev. Charles Proudfoot, his wife Dawn, and one grandchild, Scot V., all of Payson, Arizona, survive her. Memorial services will be held 1 p.m, Friday, March 13, 2015, at First Presbyterian Church. In lieu of flowers, memorial donations may be made to First Presbyterian Church, 220 W. 10th St., Pueblo, CO 81003. Online condolences, www.montgomerysteward.com