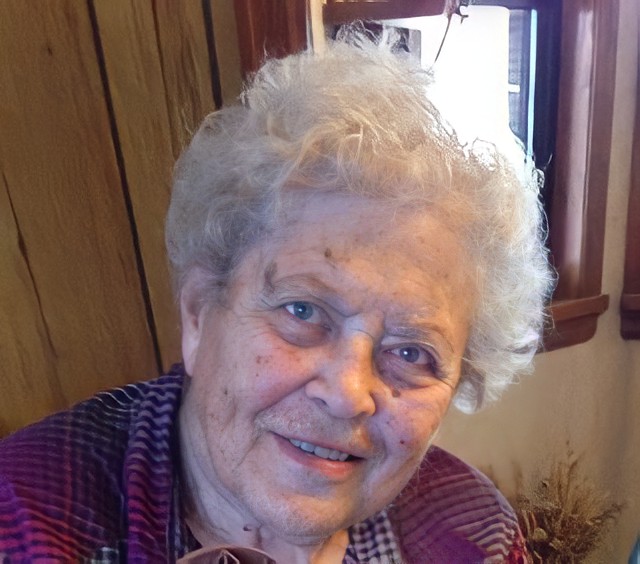 Barbara Eberling
Barb passed March 17, 2021, at age 88. Kind and caring and full of love, she saw things from the other person’s perspective and never passed judgement on others. She was loved by all who knew her and most especially by her family. Barb was an accomplished ice skater, skier, bridge player and flower gardener. She could also play a good hand of poker.
Barb was born in Pueblo on August 4, 1932 to Hank and Stevie Showalter, the eldest of her two sisters Patty Marions and Sharon Vernon. After graduating as valedictorian of Central High School in 1950 she married Walt Eberling and gave birth to Steve and Kathy. As a young mother Barb worked as a secretary at Rocky Mountain Ice and then Sommerlid elementary school. After their kids graduated college, Walt and Barb moved to Silver Cliff where they purchased a liquor store and built a motel and mobile home park. Their business enterprise was quite successful, allowing them to sell the motel and liquor store in 1986. Shortly thereafter Walt died in a boating accident while the couple was vacationing in Canada. Two years later Barb reunited with and married her high school sweetheart Don Shipler with whom she shared 20 years before Don passed.
Barb continued to own and operate Eberling Mobile Home Park until she was 85 years of age. She remained in her beloved home in Silver Cliff at the base of the majestic Sangre de Cristo mountains until just three months prior to passing. Barb loved “the Cliffs” and contributed to her community in many ways. Barb and her friend Alice French were instrumental in establishing the Westcliffe library and she served as a trustee on the Library Board for twelve years. Barb served as a trustee on the Silver Cliff Town Board for thirteen years. She was also a member of Columbine Club and various bridge clubs.
Graveside gathering at the Silver Cliff Cemetery, March 27, 2021, at noon followed by lunch at Barb’s house. Online condolences, www.MontgomerySteward.com