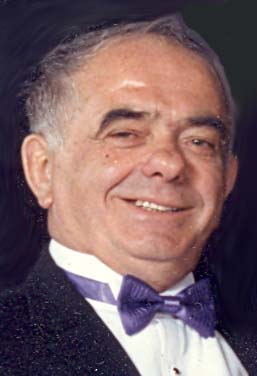 Ante Borcic, 81, departed this life on February 10, 2009. Survived by his four sons, Anthony (AnnMarie) Borcic, Joe Borcic, John (Carol) Borcic, and Sam (Tammy) Borcic; sister-in-law, Marie Borcic of Croatia; sisters-in-law, Marie Giannetto and Angie Giannetto; grandchildren, Michael, Samara, Alicia, Briana, Nicko, Matthew, Alan, Brandon and Mitchell; numerous nieces, nephews and cousins in the US and Croatia. Ante was preceded in death by his wife of 47 years, Josephine; parents, Nikola and Jela Borcic,; brothers, Joe and Milan; sister, Milka; brothers-in-law, Carl Giannetto and Salvatore Giannetto. Ante was born on a farm June 10, 1927, in Bilaj, Croatia. He was drafted into the Croatian Army during WWII at the age of 16. He escaped Communist Yugoslavia by foot in 1957 to Italy, where he spent 2 years in a refugee camp. During that time he learned to speak Italian. He then immigrated to the U.S. in 1959 where he met his wife, Josephine, who emigrated from Sicily, while attending Citizenship classes in Pueblo. They started their family in their mid thirties. He retired from ABC Rail after 25 years. He loved to hunt, build things and most of all loved to make his homemade wine. He will be missed as a loving father and grandfather 'Didi.' Viewing 4-7 P.M. Thursday, Feb. 12, 2009, Montgomery & Steward Chapel. Funeral Mass, 10 A.M. Friday, Feb. 13, 2009, with the Rev. Father Ben Bacino as celebrant. Service held at St. Mary Catholic Church, 307 E. Mesa. Entombment, Roselawn Cemetery. In lieu of gifts, please make donations in the name of Ante Borcic to: Okolitza Tamburitzans, 31447 Daniel Rd., Pueblo, CO 81006. Online condolences, MontgomerySteward.com